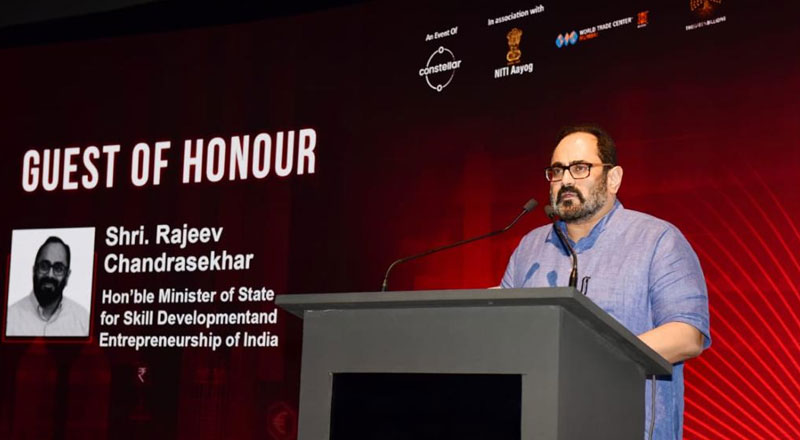 Mr. Rajeev Chandrasekhar, Minister of State for Electronics and Information Technology, Skill Development and Entrepreneurship, has said that India’s fintech ecosystem has helped rebuild the trust between the citizens and the Government, transform lives and restore faith in democracy.

“There was time when it was openly admitted that out of every 100 rupees disbursed by the Government from Delhi, only Rs 15 reached the beneficiary, and the rest of money got mysteriously siphoned off. But today, there is no leak or scope for corruption as the beneficiaries get their amounts due straight in their Jan Dhan accounts and are empowered financially,” Mr. Chandrasekhar said, while speaking at the closing day of the FinTech Festival India at Pragati Maidan in New Delhi on Thursday.

India is among the world’s fastest growing fintech market with 6,636 FinTech startups. Indian FinTech industry’s market size is $31 Bn in 2021 and has the highest FinTech adoption rate at 87 per cent.

Mr. Chandrasekhar also said that for the best part of India’s journey since Independence, the country’s economy was governed by few companies/ families and they controlled the opportunities and the capital. “Our democracy was seen as dysfunctional. Our Hon’ble Prime Minister’s Digital India vision has dramatically transformed the way governance is carried out in the past seven years and the nation today is being driven by the energy, hard work, along with innovation and ideas of young Indians all around the country,” he pointed out.

While Fintech in India is a stark demonstrator of the power of using technology in governance and the impact it has on creating the innovation ecosystem, Mr Chandrasekhar said the Government has taken other path-breaking initiatives like the drones and the space technology ecosystems, which will be key to nation’s development.

The FinTech Festival India was held between July 20 and 22 at Pragati Maidan, Delhi, organised by Constellar and supported by Niti Aayog and few central and state government ministries.