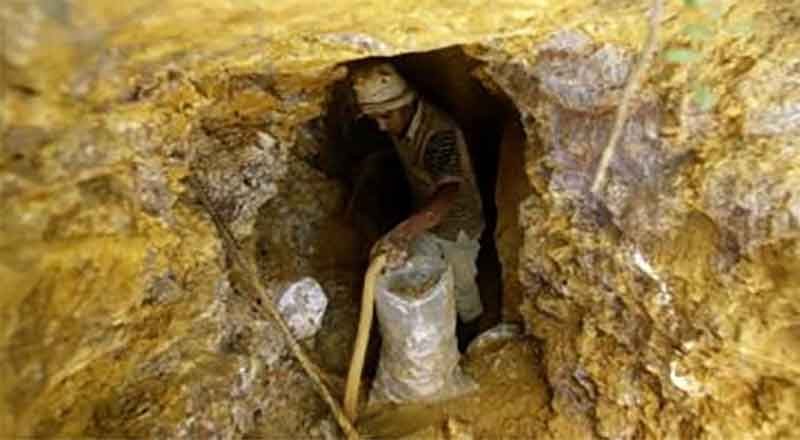 In a great success to the efforts of Indian Geologists, Geological Survey of India and Uttar Pradesh Directorate of Geology & Mining. there are two goldmines with around 3,500 tonnes of gold ore in the Naxal-affected Sonbhadra district of the state, almost five times the current gold reserves of the country. Can we says, God is blessing the country with this situation of Global economic down turn?

It is a real jackpot for the Uttar Pradesh government, geologists have discovered massive gold deposits in Sonbhadra district of eastern Uttar Pradesh. The discovery comes after two decades of search by the Geological Survey of India and the Uttar Pradesh Directorate of Geology and Mining. As per the UP state GSI officials, there are two goldmines with around 3,500 tonnes of gold ore in the Naxal-affected Sonbhadra district. This is around five times the current gold reserves of the country which stands at around 626 tonne.

According to District Mining Officer KK Rai, the government is thinking of putting these deposits on lease for mining. The GSI had first said in 2005 that there were gold deposits present in Sonbhadra. The claim that goldmines are present beneath the mountains in the Naxal-hit district of Uttar Pradesh were confirmed in 2012. As per officials, a seven-member team has been set up for survey and soon auction of the blocks will begin.

As per the reports, the goldmines are situated in Hardi village and Sonpahadi in Mahuli village of Dudhi Tehsil in the district. Rai said that while 2943.25 tonne gold deposits are located in Sonpahadi, around 650 tonnes are in Hardi.

K K Rai, District Mining Officer says, “Government is thinking of putting these deposits on lease for mining, for which survey is being done and the gold blocks will be auctioned online after the completion of geo-tagging process by the team. The team has been asked to submit a report to the GSI’s Lucknow office by February 22.

Sonbhadra is one of 75 districts of Uttar Pradesh and also one of the backward districts in the country. It lies in the southern part of the state and shares borders with Bihar, Jharkhand, Madhya Pradesh and Chhattisgarh.

As per reports, officials are also exploring the possibility of rare minerals like uranium being present in the area. Following the discovery, the exploration of the goldmines and, possibly, other minerals as well, is set to provide a major impetus to the revenues of the country’s most populous state and also create jobs in the most backward districts of Uttar Pradesh.