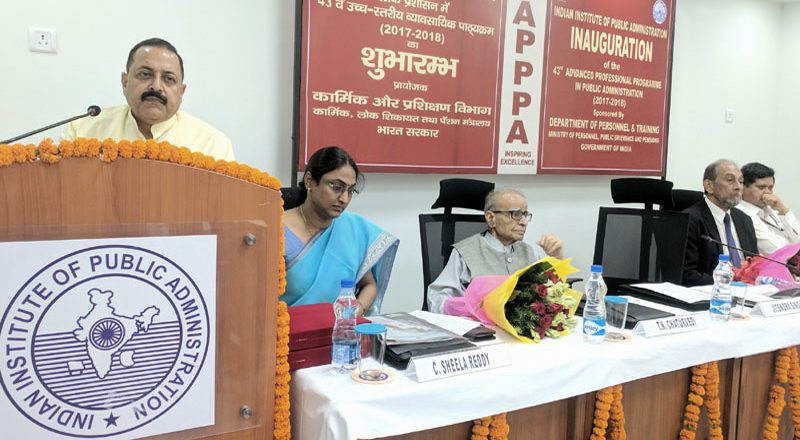 The Union Minister of State (Independent Charge) for Development of North Eastern Region (DoNER), MoS PMO, Personnel, Public Grievances, Pensions, Atomic Energy and Space, Dr Jitendra Singh said on 17th July, that even though there are some initial reservations among certain sections of trading community during the transition phase following GST roll-out, the consumers across India have, by and large, unanimously hailed the “One Nation, One Tax” GST reform introduced by the Central Government.

Dr Jitendra Singh made these observations when the National President of Institute of Cost Accountants of India (ICAI), Shri Manas Kumar Thakur met Dr Jitendra Singh and informed that the ICAI had opened a website http://www.icmai.in which contained a helpdesk page that could be accessed by anybody from anywhere. He disclosed that, on an average, there are at least 50 to 60 important queries being received online, the response to which was being provided in a time-bound manner within 24 hours, with the help of 60 experts spread all over the country.

Union minister also appreciated the services rendered by ICAI and other similar organizations which had a stake in the GST implementation.

The Minister also said that, “by and large, GST has been welcomed by all sections of society, particularly the middle and lower classes. And there are certain initial issues, which are more of transitory nature and would be overcome in course of time through the mass awareness exercise launched by the Government and other agencies.”