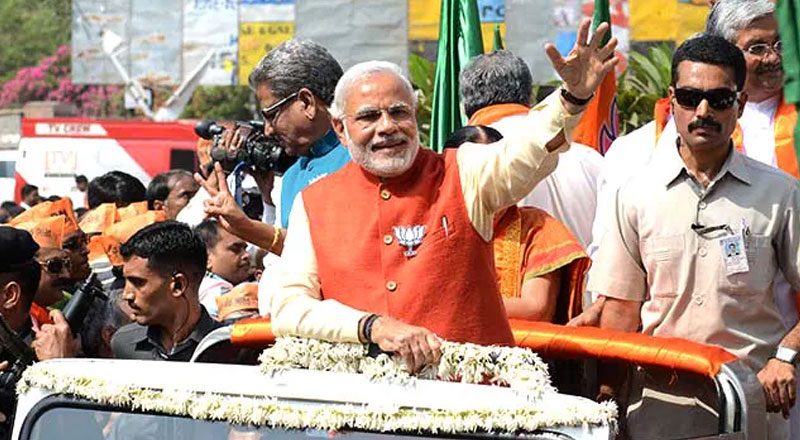 In a bid to set the tone for upcoming Assembly polls, Gujarat Bhartiya Janata Party chief CR Patil is distributing the Surat made saffron cap to all the party MPs in New Delhi.

The cap or topi as being called in the local language is similar to what Prime Minister Narendra Modi was seen wearing during his Ahmedabad roadshow on March 11, after BJP emerged victorious in four out of five states which recently went to polls. The package being distributed by Patli carries protein bars with the cap.

Many designs of the cap were reviewed after which the final design was approved by the state leadership and the cap was prepared in Surat – known as the textile hub of the country,” said party leaders.

The party leaders added that the cap has been made with cotton keeping in mind the quality and style.

Unlike the previous caps where BJP was written in the Gujarati language in bold letters this one has been made in a sleek fashionable manner,” he added.

With a thin patch of embroidery, Bhajpa (in Gujarati) has been inscribed on the cap, accompanied with the party symbol–lotus (Brahm Kamal)

The design of the cap seems to be inspired by the traditional cap of Uttarakhand which PM Modi wore during this year’s Republic Day.

The battle of Gujarat is slated to take place later this year with the BJP holding the bastion strongly for decades with Prime Minister Narendra Modi being the longestserving chief minister for 21 years before coming to Delhi. (ANI)