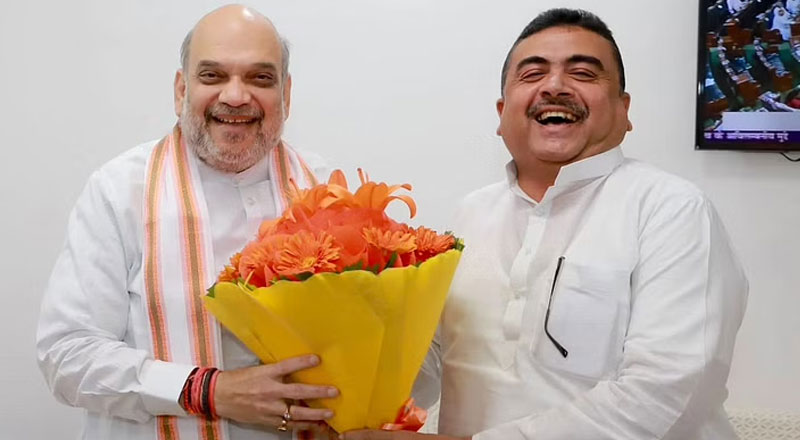 Senior BJP leader from West Bengal Suvendu Adhikari has given a list of 100 Trinamool leaders to Home Minister Amit Shah for corruption probe, the leader said.

He also said Shah, whom he met in Parliament, suggested that the rules for Citizenship (Amendment) Act (CAA) that seeks to give citizenship to illegal Hindu, Sikh, Buddhist, Jain, Parsi and Christian migrants from Afghanistan, Bangladesh and Pakistan, could be framed once the vaccination drive for the Covid precautionary dose is over.

Adhikari said they discussed matters related to the functioning of the BJP in West Bengal as well as other organisational issues.

“A lot of things were discussed but everything can’t be disclosed as I am a disciplined soldier of the BJP. I had two main points…the Home Minister assured me of going to the root of the SSC recruitment scam and appropriate action against the guilty. He [Shah] also assured me that CAA will be implemented. But the country is facing some challenges related to Covid, therefore it will be done once the booster dose drive is over,” Adhikari told reporters.

The CAA was passed by Parliament on December 11, 2019, and got notified the next day. The government is yet to frame rules for the Act although there have been vociferous demands from different quarters, including from the northeastern states.

Shah has been maintaining that the CAA will be implemented despite resistance from opposition parties.