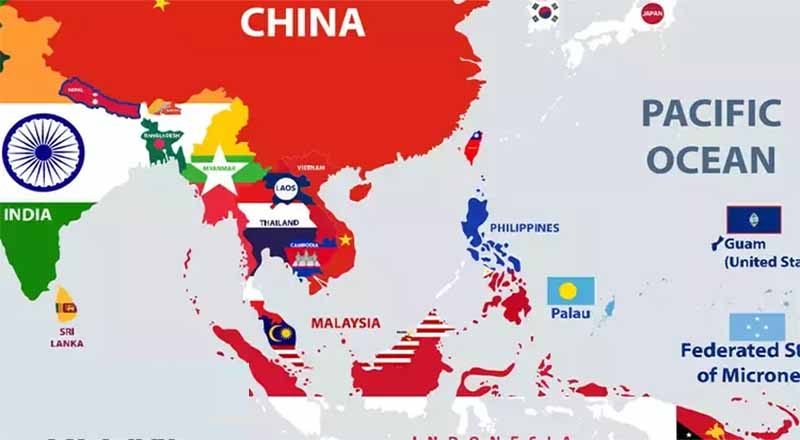 In light of current times, many companies are still perceiving China as the ‘place-to-go’ for the development and manufacturing of their products, attracted by the theory of saving money in their development costs.

In some aspects, China still holds a good ground to manufacture basic products at affordable prices, however, China’s landscape has changed, and will continue to do so, startups and corporations no longer look toward the East for cheap production, but rather high-premium quality development and manufacturing.

In recent times, economically successful regions such as the Greater Bay Area (GBA), has attracted some of the world’s most talented engineers, along with huge amounts of investment, which, has been re-invested into development, infrastructure, and facilities, able to support the substantial growth of China’s new golden era of technological advancement.

With the region growing in popularity, it hasn’t gone unnoticed. Over 250 fortune 500 companies have invested, or set up an office, in the GBA. Companies such as Microsoft, Airbus, and Qualcomm are part of that list. Furthermore, the Greater Bay Area has given birth to 86 companies that joined the fortune 500 list in 2019. These companies have been flocking to the region with the ambition of utilizing the local ecosystem to accelerate their company’s innovation.

Why innovation thrives in the Greater Bay Area?

It is no secret that the GBA ecosystem is so vibrant with innovation. With each of the neighboring cities leaning on one another’s expertise and strategic advantages, the GBA has inadvertently grown into an irreplaceable hub for innovation. Strong enough to match, and eventually surpass, California’s and Tokyo’s bay areas within the next 5 years. Innovation can only thrive through a combination of numerous factors. Many of these factors are attributed to a large talent pool, complete end-to-end ecosystems, and the necessary infrastructure to assist development at an accelerated pace, which the Greater Bay Area has.

More and more Chinese platforms are expanding their services and infrastructure to accommodate more of a product’s lifecycle, whilst maintaining the importance of quality.

We are seeing a large portion of future technology mainly focusing on the B2B space, especially with the rise of big data, cloud computing, and artificial intelligence. However, many of these solutions will usually need some type of hardware to deliver their true value.

Shenzhen Valley Ventures (SVV) is a good example of platforms that are beginning to emerge as complete end-to-end solutions to accommodate these B2B projects. As many of these projects will require a large amount of specialized infrastructure, companies such as SVV have predominantly shot-up as the industry leaders for the production of low volume complex B2B devices.

Even The Capgemini group have landed in Shenzhen, and recently opened a new Applied Innovation Exchange (AIE) center to capture part of the innovative gold lingering within the region. In collaboration with SVV’s platform, Capgemini can greatly accelerate their client’s time to market faster than ever before.

There are numerous more supporting networks, which greatly support the ecosystem from prototyping to manufacturing. A startup can easily land in the Greater Bay Area and begin taking full advantage of its resources. From a vast array of maker spaces, accelerators, and incubators to the later-stage manufacturing industry professionals.

The types of entrepreneurs the Greater Bay Area attracts also reflects the success once they get to market. Consider home-grown entrepreneurs, they’d usually have a local mindset, rather than a global one. The ‘make-up’ of the GBA’s ecosystem is full of global-minded people, looking to create solutions that will assist the global economy.

Furthermore, the Southern China region is one of the World’s most competitive regions. With companies constantly ‘battling’ to get to the market faster than their competitors. The average age of Shenzhen is the early thirties, which has given birth to some of China’s most ambitious individuals, mixed with international ones. This causes healthy friction which greatly accelerates the need to innovate faster, smarter, and more efficiently.

That friction between technology companies has proven to inspire new types of innovation. Consider the exceptional leap forward in technological advancement over the past 5 years, compared to the last 20. We see how competition can drive innovation faster. Combine this time with the current tensions we see across the globe, and we see when technology companies begin competing for the world stage the consumers win, along with the future development of global industries and technological innovation.

Currently, China has been singled out as a country to look-out for in terms of their technological advancements. Because, during the beginning of the 21st century, China was mainly focused on economical reforms/ growth. However, today, China has drastically changed their attitude towards being the leader in technological innovation.

With this in mind. According to the European Commission, China aims to become a world leader in science and innovation by 2050 investing large amounts of capital into R&D and manufacturing infrastructure. Making China one of the perfect places for companies to develop high-quality B2B/B2C products/devices.

In light of everything happening in China’s tech sector, for anyone looking to build, develop, manufacture, and deploy a new idea/product, China’s Greater Bay Area holds the key to the future success of China’s technological era, and the perfect place for foreign startups and corporations to utilize that ecosystem to create some of the world’s most innovative devices.

The future of high-end, high-quality consumer and private goods will have a ‘Made in China’ stamp on it, and the Greater Bay Area will give birth to a wide range of industry unicorns, leading the next generation of innovators across the Globe.