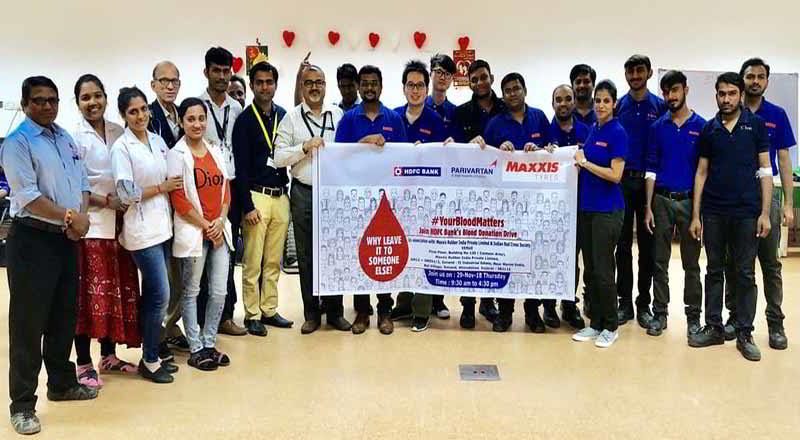 HDFC Bank has announced the completion of its 12th national Blood Donation Drive and the successful collection of over 1 million units of blood over a period of 12 years.

This year the initiative saw the participation from people between the age groups of 18-65 donated blood at nearly 4,000 Blood donation camps setup in more than 1,100 cities across India and resulted in the collections of over 3 lakh units of blood.

The Blood Donation Drive is a CSR initiative of Parivartan, HDFC Bank’s umbrella brand for all its social development programmes. HDFC Bank commenced its annual Blood Donation drive in 2007 to reduce the deficit of safe blood available for transfusion.

At a function organized in Mumbai in December 2017, Bhavesh Zaveri, Country Head – Operations and Technology, HDFC Bank, launched the 12th edition of bank’s nationwide Blood Donation Drive, in the presence of other members of the bank’s senior management team.

HDFC Bank had tied up with major hospitals and blood banks to provide technical assistance. A large number of volunteers lined up to donate blood across the country including bank employees, corporate executives, college students, and police and defence personnel. Among the first donors were HDFC Bank’s senior management.