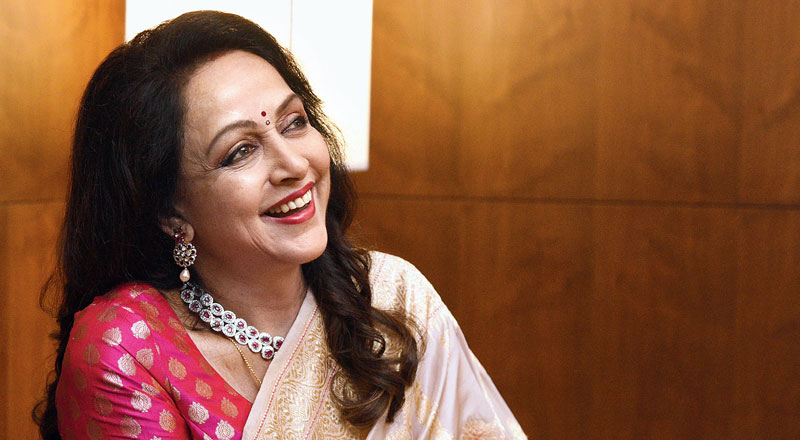 Bharatiya Janata Party MP Hema Malini on Tuesday backed Karnataka High Court verdict that upheld the ban on Hijab in educational institutions but said that there was no need for such a ban at other institutions and workplaces.

Children should follow the dress code prescribed by the school. Religion or Hijab should not be brought in education,” said the BJP MP.

On being asked about demands for imposing similar ban at other institutions including the workplace, the BJP leader said, “There were no such demands earlier. There is no need to raise these new demands now.

A bench of Karnataka High Court comprising Chief Justice Ritu Raj Awasthi, Justice Krishna S Dixit, and Justice JM Khazi said that no case is made out for invalidating the Government Order of February 5.

The Hijab row had erupted in January this year when the Government PU College in Udupi allegedly barred six girls wearing the hijab from entering. Following this, the girls sat in protest sat outside college over being denied entry.

After this, boys of several colleges in Udupi started attending classes wearing saffron scarves. This protest spread to other parts of the state as well leading to protests and agitations in several places in Karnataka.

As a result, the Karnataka government said that all students must adhere to the uniform and banned both hijab and saffron scarves till an expert committee decided on the issue. On February 5, the pre-University education board released a circular stating that the students can only wear the uniform approved by the school administration and no other religious attire will be allowed in colleges.

The order stated that in case a uniform is not prescribed by management committees, then students should wear dresses that go well with the idea of equality and unity, and does not disturb the social order. A batch of petitions was filed against the government’s rule in the Karnataka High Court by some girls seeking permission to wear the hijab in educational institutions.
MANISH