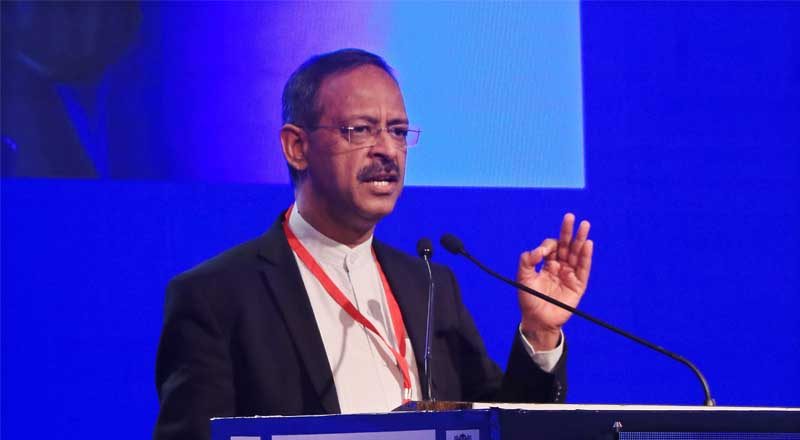 Our habit of not engaging with the states has led to much of our problems today. Let us look at the overall COVID pandemic situation in India from a more fundamental standpoint, before we get down to the specifics (of vaccine shortage, other kinds of shortage, etc), because, without understanding the context, it may not be appropriate to come to conclusions. First of all, let us admit the fact that whatever is happening now is totally unprecedented.

It has never happened in any country, more so, never in India. I think our habit of not engaging with the states is responsible for creating much of the problems we are witnessing during the pandemic. I’ll give you an example. There have been situations in the past where we have taken the states into confidence, not fought with them; that’s what the federal structure is all about.

Differences of opinion are but natural, but we must attempt to build consensus.

Let me give you examples of this government’s ability to build consensus, which it did on two (notable) occasions, one of which I was personally involved with. I was not involved with the other. The first example is that of the coal block auctions. As of today, all the coal exists in states which are ruled by the political opposition.

In 2014 things were slightly different — a number of opposition states like West Bengal and Odisha had coal. The option then was to take the bull by the horns and badger the states into submission. The other option, which, under the leadership of Mr Arun Jaitley we decided upon was, to strategise: we decided, ‘let us talk to them and convey a value proposition to them’.

I am explaining this because we seem to have forgotten about it.

So, what we did was to work out a strategy — of reaching out and explaining to each state government our proposition.

How to Bring Opposition States on Board:

In my book ‘Ethical Dilemma of a Civil Servant’, I explain in a chapter how we interacted with the Chief Minister of Odisha and convinced him into believing that what is being done is for their benefit, and he supported the bill in the parliament. I even met Mr Mallikarjun Kharge, who was the Leader of the Opposition. I had worked with him in the Labour Ministry. I went to meet him at his residence. I’d never meet any minister, or for that matter any politician, for any personal requests, but on this occasion, I went to his residence. I sought an appointment, which he gave since he knew me personally.

I said to him, ‘Sir, I have come to make a request to you. I know you will not be able to support this bill in the Parliament. But I have come to request you, that if you can somehow manage this situation — that the MPs in the Rajya Sabha don’t walk down to the well. If they do that, then the bill will not be discussed.’

He didn’t assure me anything but as luck would have it, when the Bill came for discussion, the Congress MPs did not walk into the well, and the bill was considered, debated and cleared. There is a method which must be followed. We did that under the leadership of Arun Jaitley, who took the initiative of interacting with Mamata Banerjee and all other Opposition leaders.( The Quint)