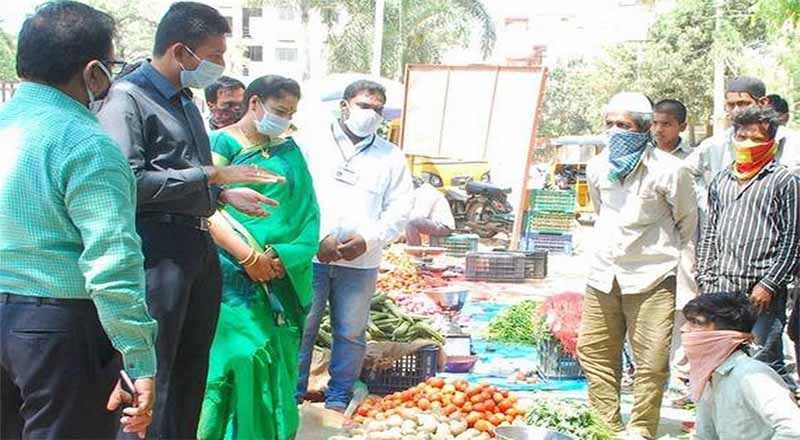 Workers stand as a crane loads wheat onto a ship at Mundra Port in Gujarat in 2014. The Adani Group has long had the infrastructure in place to store and transport foodgrain.

In the cover story of The Caravan’s March 2021 issue, “Mandi, Market and Modi,” Hartosh Singh Bal reported about the Indian government’s efforts to remake India’s agricultural economy for large private players. In the following excerpt from the story, Bal traces the infrastructure that the Adani group have already built to store, transport and market agricultural produce.

There has been considerable conversation around what the entry of private buyers in procurement will mean for the agricultural economy. The arguments made for direct purchases by the Food Corporation of India apply for any such buyer. The very fact that the government expects these players to fund operations across the state for meaningful private purchase would suggest it is encouraging the entry of very large private players.

The opposition speaks openly expressing apprehensions about the entry of the Adani and Reliance groups into agricultural purchase. Both groups were quick to disassociate themselves from the farm laws. “We do not own any food grains procured from farmers, and are in no way connected to the pricing of grains,” the Adani group clarified.

The clarification did nothing to address the question of whether the group stands to benefit once the new laws are in operation. Given the nature of the farm laws, it is a straightforward conclusion that the Adani Group is well positioned to take advantage of them. This was something the group’s clarification itself made clear, where it stated that the Adani Group has been “in the business of developing and operating Grain Silos” for FCI since 2005. The clarification also added that private rail lines used to transport grain to storage areas across the country were part of the tender requirements floated by the FCI.

The Adani Group already has the infrastructure in place to store and transport foodgrain. During the height of the pandemic, the group released a press statement: Adani Agri Logistics Ltd. (AALL), a part of Adani Ports and Special Economic Zones Ltd., has facilitated the dispatch of 30,000 metric tonnes (MT) of foodgrains during the lockdown for the Pradhan Mantri Garib Kalyan Anna Yojana (PMGKAY) scheme…Seven trains owned and operated by the company were deployed for the transportation of foodgrains from production centres in northern India to consumption centres in Tamil Nadu, Karnataka, Maharashtra and West Bengal.

As the note specifies, the agriculture logistics company AALL is a part of Adani Ports, testifying to links that extends from storage to export. And even though it is true that the AALL does not own foodgrain or decide its pricing, another part of the Adani Group is involved in precisely this trade.

Adani Wilmar is a joint venture launched in 1999 between the Adani Group and Singapore-based Wilmar International Limited, Asia’s leading agribusiness group. The company has gained some notoriety for its vast palm-oil business, which has allegedly destroyed huge expanses of rainforest in Southeast Asia. Over the recent past, it has moved beyond palm oil to also deal in other agricultural products. Speaking to PTI in Feb 2020, Adani Wilmar’s deputy CEO, Angshu Mallick, claimed, “Within seven years we want to be the largest food company. For that we will have to be among top three nationally in segments like rice, wheat, pulses and sugar. If we are in the top three in these categories we can be the leaders in food segment.”

The group has already been cleared to export rice to the most lucrative foodgrain market in the world—China. According to a 2018 Financial Express report, “China has allowed five more rice processors in India, including Chaman Lal Setia and Adani Wilmar.”

The clearance for selling to China came about in the wake of Modi’s 2016 visit to the country, but it was only in 2020 that the Chinese first allowed a limited amount of rice to be imported from India—barely a hundred thousand tonnes. This amount is likely to go up as China is the largest importer of rice in the world, at 4 million tonnes, and has started looking beyond its traditional suppliers in Southeast Asia.

Adani Wilmar first entered the rice market in 2014, and has since been selling branded basmati rice in the country. It sources basmati paddy directly from Punjab and Haryana, since basmati lies outside the procurement regime. This makes basmati a test case for those who back the new laws. Its story in the region encapsulates the full extent of the problem of leaving agricultural commerce in private hands.

Basmati requires less water than ordinary rice—a crucial issue for Punjab and Haryana, with their depleted water tables—and is more remunerative. But farmers have been unwilling to switch from normal rice to basmati. As the block agricultural officer for Pathankot, Amrik Singh, recently told the Indian Express, “Punjab’s farmers are ready to enhance the area under Basmati if they get assured price like paddy.”

They have a good reason for this demand. This year, farmers in both Punjab and Haryana were forced to sell basmati at six hundred rupees below the Rs 2,700 per quintal they got last year. The buyers blamed the fall in prices on the failure of Iran to pick even a quarter of the 1.5 million tonnes of basmati it purchases from India due to US sanctions hitting payments. The Indian middle class, which has continued to pay the same price it always has for basmati, has little idea that somewhere in between private players have made a killing.

The story that has transpired in Bihar with the collapse of the mandi system is apparent on an annual basis with basmati in Punjab and Haryana. The risk of prices dipping is passed on to the farmer and the consumer does not benefit.: The Caravan