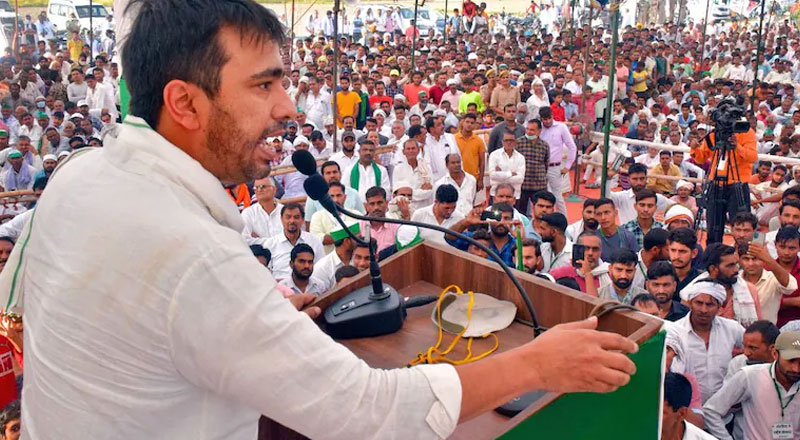 In view of the violent protests against the central government’s contentious Agnipath scheme for recruitment of soldiers to the armed forces, Rashtriya Lok Dal (RLD) chief Jayant Chaudhary has announced a campaign to mobilise the youth on the issue of unemployment. Jayant’s campaign, ‘Yuva Panchayat’, aims to reach out to the youth who are against the Agnipath scheme.

Under the campaign, Jayant will be travelling to several districts of Uttar Pradesh to interact with the youth and discuss their problems in finding employment. ”We will organise the Yuva Panchayat on the lines of the ‘Kisan Panchayat’ we held last year against the central farm laws,” Jayant told INDIA TODAY. “Unemployment is growing into an even bigger concern now. The time has come to raise our voice against it. To understand the youth’s concerns, we need to first give them a hearing. This is the very idea behind the Yuva Panchayat.”

Elaborating on the plan, he said: “In the first phase, I will visit 12 districts of western Uttar Pradesh. The second phase will start after assessing the response. Several academicians and ex-army personnel will be invited to join the panchayat.”

Jayant seconds the view of many protesters that the Agnipath scheme will take away the security and prestige attached to an army job. ”In rural areas, joining the army is a matter of pride. People feel connected to the army but the Union government is making it impractical by launching the Agnipath scheme. They (BJP) risk losing rural support if the scheme is not rolled back,” he said, adding that unemployment will be the major issue in the 2024 Lok Sabha elections.

The RLD’s plan is to extend the Yuva Panchayat beyond UP, covering Rajasthan, Haryana and Delhi. Says a party source:

Those in the 18-35 age group will be invited to participate in the panchayats, where Jayant Chaudhary and other party leaders will hear their grievances in order to raise them in Parliament and the state assemblies.” Jayant is a member of the Rajya Sabha.

Apart from holding the Yuva Panchayat, the RLD has plans to support the ongoing protests against the Agnipath scheme in various districts of UP. RLD functionaries feel this is the right time for the party to try and gain youth support in UP. In the 2022 UP assembly elections, the RLD contested 33 seats in alliance with the Samajwadi Party and won eight. RLD leader Manisha Ahlawat, who was the party’s candidate from Meerut Cantonment, told INDIA TODAY: “Meerut is a university city in western UP where thousands of students study. They are very angry over the Agnipath scheme. This central government has no inkling of the real concerns of students, which is why we are supporting the agitation in Meerut and nearby districts.”