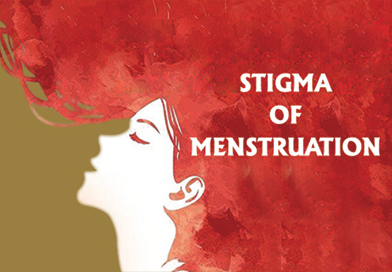 As India continues to rise to become an emerging superpower, it is getting evidently important to work for the upliftment of the most neglected section of the society – the girls and women who now form 48% of the total Indian population. Of the many problems that they face, menstrual health is one major issue that has always been looked at as a stigma, with no one ready to talk about it in public because of it being a taboo in the Indian society –

Women in the Indian society face multitude problems with ‘menstrual hygiene’ being one of them. It’s been years that women are suffering from lots of issues due to the unacceptable behaviour towards this cause. A key reason for such behaviour in the society is the unwillingness to talk about problems faced by women related to menstrual health. It is in fact thought to be a taboo to talk about such things openly, not even inside one’s house. Women try to keep it low key since they do not find it comfortable discussing their personal hygiene issues. Even if people try to talk about these problems, ladies, especially young girls become uncomfortable as it is been taught to them not to discuss these issues openly.

Man too plays a role to some extent in aggravating this problem. It is understood that India still believes in patriarchal norms and social traditions which prevent the 21th century men to talk about such issues. Men also don’t want to talk about the same, as they try to stay away from things which make them uncomfortable, but it is important to talk about such things. Because he being a part of this society and surrounded by women all throughout his life, be it his mother, sister, wife or his daughter, he too should be familiar with the problems that these people close to him face.

If we start counting the problems faced by women problems during the menstrual cycle, the list just goes on increasing. The problems include – Skipping schools during menstrual cycle, locking herself in a room and staying alone, restriction on participation in holy activities such as ‘Pooja’ and so on. Specially hiding the problems during the cycles can create bigger issues later. Ignorance of menstrual hygiene can affect the ladies badly and when they come to know the result of the ignorance in the form of any disease it makes the situation worse. It is been mentioned in different studies and reports that in rural India women still uses massy cloths, and dirty things instead of sanitary napkins as they don’t have enough money to buy pads.

But fortunately now people have started raising their voices to bring in a change and surprisingly there has been equal participation seen from the male in the society. These kind of initiatives to change the behaviour towards menstrual health can be witnessed in Bollywood movies such as, ‘PHULLU’ ‘PAD MAN’ ‘TOILET – Ek Prem Katha’ etc.

A matter of concern…

In India, society plays a major role in every phase of our life – be it education, marriage, career, and so does in our health. Indian society has set up some rules and regulations for boys and girls and therefore the society judges a person on basis of these norms. This is one of the biggest reasons why Indian women think over 1000 times before talking about menstruation or period as it seems a taboo. And of course the society has enough control on the boys as they don’t realise that they should also talk on the topic as it’s a natural process which every girl has to go through. It is not a disease. A lot of bold steps/ initiatives have been taken to break such stereotypes and it is becoming apparent from different media coverages that these initiatives are started to get ample support from the society, though at some of time they too have faced lots of criticism.

To break stereotypes, the Indian cinema needs to be credited for having taken some bold steps to showcase these issues on big screen, which is a clear reflection of the changes happening in our society. Cinema is a medium which can connect people easily and also with visuals the impact it leaves on audience lasts for long time. It also gives courage to unveil the real personalities and stop hiding behind the rituals. And the bold steps of Indian cinema can be seen in movies like ‘PHULLU’ and ‘PADMAN’. The participation of some of the biggest personalities of Bollywood show their enthusiasm and willingness to bring a change to our society and therefore interest has been shown for such kind of movies which are not made for profit but to implement social change. Besides the ones named, there are other movies which are made to bring a change in the society, specially changing the patriarchal mindsets that believe that talking about women’s issues publically is not less than a crime and also judges the character of the person.

Raising voice to be continued…

It is a good thing to learn of instances of how the men of our patriarchal society are marking their presence in bringing in a change in everyone’s mindset. With this article we have tried to bring some focus on the issue which is a very common problem but has not grabbed much attention as it is related to the lives of the women. If not attended to at the right time, this might affect them as a slow poison. There is a huge list of non government organizations, corporates, web portals, movies which can be highlighted and praised for the initiative they have taken for making it a concern worthy topic. We will continue to praise and support such initiatives for bringing in behavioural changes and work for the upliftment of our mindset regarding the topic. In our next month issue we will try to bring in the participation of many such organizations that are working in this field and the actual changes happening in our society towards the menstrual hygiene of women in India. 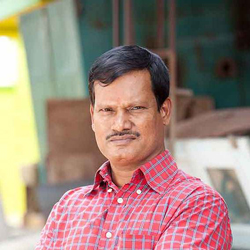 Arunachalam Muruganantham is one of those personalities who have won the fight against all the taboos related to the menstrual health. He is the inventor of a low-cost sanitary pad making machine and is credited for innovating grass-roots mechanisms for generating awareness about traditional unhygienic practices around menstruation in rural India. Arunachalam Muruganantham got refuse when he initiated to talk about periods problem. But he didn’t lose hope and started testing it on himself, using a bladder with animal blood, but became the subject of ridicule when the “sanitary pad” was discovered in his village. In 2006, he visited IIT Madras to show his idea and received suggestions. They registered his invention for the National Innovation Foundation’s Grassroots Technological Innovations Award and his idea won the award. Now his invention is widely praised as a key step in changing women’s lives in India. Muruganantham’s machine creates jobs and income for many women, and affordable pads enable many more women to earn their livelihood during menstruation.

There are also a few web portals which cover and present stories related to the cause to support those people who shows courage to take such bold steps and also inspire people to raise their voices for the behavioural change of the society towards the issue. ‘THE BETTER INDIA’ is one of them, this kind of website supports woman issues and makes it concern worthy and they also provide opportunities to people who want to share their stories and inspire more people to take such steps.(Source Wikipedia)

Pad Man is a movie based on the menstrual problem which woman faces every month, is featuring big names of the Indian cinema such as Amitabh Bachchan, Akshay Kumar, Radhika Apte, and Sonam Kapoor. Pad Man was envisioned to an be awareness film without focusing too much at the commercial aspect.
(source Wikipedia)

Phullu movie is about an errand boy who eventually makes low-cost menstruation pads. It also shows the difficulties of Indian boys as nobody tells them about the menstrual cycle so that they can become more supportive. The film is meant to teach the viewer about menstruation, a taboo subject in India.
(Source Wikipedia)