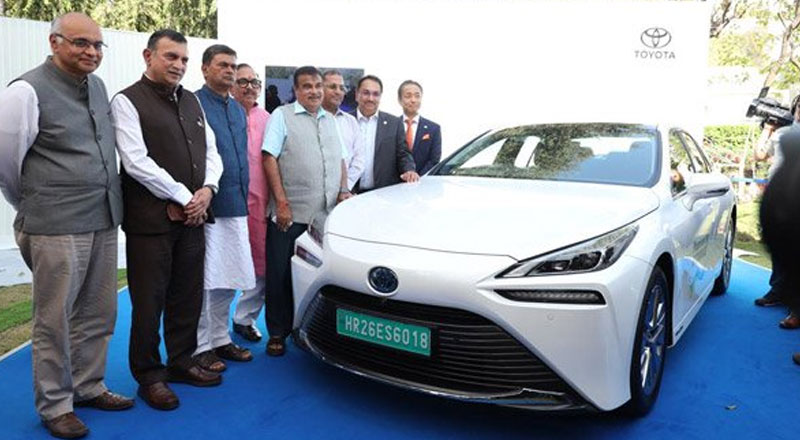 The Mirai could only be used for research purposes for the time being.

The Mirai is registered by Regional Transport Office in Thiruvananthapuram. The registration was given on Thursday with a green number plate that read KL 1 CU 7610 and was done online without any tax. For now, only the registration fee has been collected.

According to media reports, the car is worth more than Rs. 1.1 Crores. The government has offered tax exemption on one condition that it will be used only for research purposes. The research is being done for the network of hydrogen fuel stations that will be needed to run hydrogen-powered vehicles.

The Mirai is planned to be kept at Sree Chitra Thirunal College of Engineering, an engineering college known for automobile engineering courses in the state of Thiruvananthapuram. Karnataka State Road Transport Corporation (KSRTC) also has plans to switch to buses that run on green fuel. They have already announced plans for 50 electric buses and 10 hydrogen buses and will also convert their diesel-powered buses to electric.

Mirai suits the planning of the government to promote green fuels. But bringing it to India was delayed because of the slow growth of creating the infrastructure for hydrogen refilling. This is true because it is very difficult to find Hydrogen fuel pumps in India.

Earlier, a blue coloured Toyota Mirai was introduced to be a part of a pilot project with the International Centre for Automotive Technology or ICAT. The pilot project focuses on spreading awareness of alternative fuels. The government wants to spread awareness regarding hydrogen as fuel and Fuel cell electric vehicles (FCEVs).

If the pilot project is successful then we might see buses, trucks and other heavy vehicles that will run on hydrogen.

The Mirai that has been brought to our country is the second-generation one. On a full tank, Mirai can go up to 646 km. The driving range is significantly better than what current electric cars are offering. What is the main issue with hydrogen vehicles is that the availability of hydrogen is sparse.