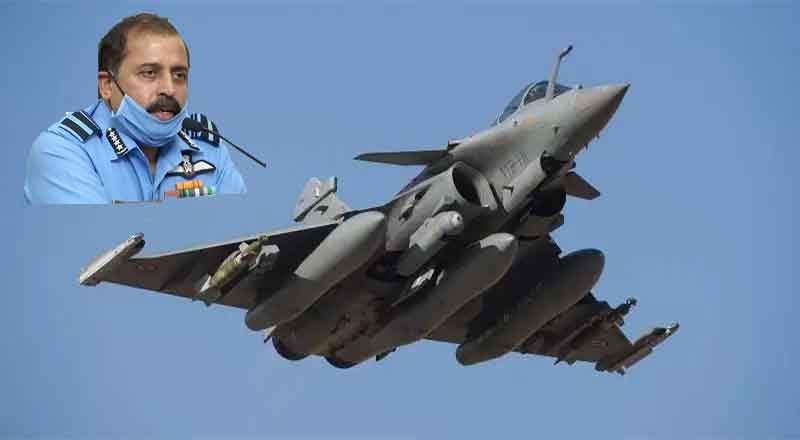 Air Chief Marshal R K S Bhadauria on Monday said The Indian Air Force is planning to acquire 450 fighter aircraft for deployment on the northern and western frontiers of the country, in future.

The list of aircraft planned to be inducted by the Air Force include 36 Rafales, 114 Multirole Fighter Aircraft, 100 Advanced Medium Combat Aircraft (AMCA) and over 200 variants of the Light Combat Aircraft.

“In the next 15 years, 83 LCAs are our primary focus, after that LCA Mark 2 will come in we are looking at close to 100 of those, that makes it near 200 of LCA class,”  said Air Chief Marshal Bhadauria

“AMCA, we are looking at six squadrons, so that puts it close to 100 (aircraft). So, in the indigenous domain areas which are already frozen in terms of our requirement, in terms of our understanding with Defence Research and Development Organisation in the fighter (segment),” said the Air Force chief.

He added that the induction of these fighters would take place over a period of the next 35 years as the inductions have to be planned to keep in mind the future requirements.

The IAF Chief  further said that currently it was the best time from the point of view for indigenous production and said, “It is now the perfect time for industries to respond and come up with solutions which are rapidly put in place and come up to the challenge of delivering these aircraft.”

On plans to acquire 114 multirole fighter aircraft, he said, “this project is in the middle-weight and is in the Rafale class, in this issue, we will deal with it in the Make in India region, with an increase in FDI, with support to the private sector.

“I think in future this will bring in technology which is required to support the aviation sector. I think it is important to have another generation of aircraft in terms of capability, technology as we go along.”

A few months ago, the Indian Air Force was facing a shortage of around 10 squadrons of Combat Aircraft in view of phasing out of the MiG-21 and MiG-27 fighters planes.