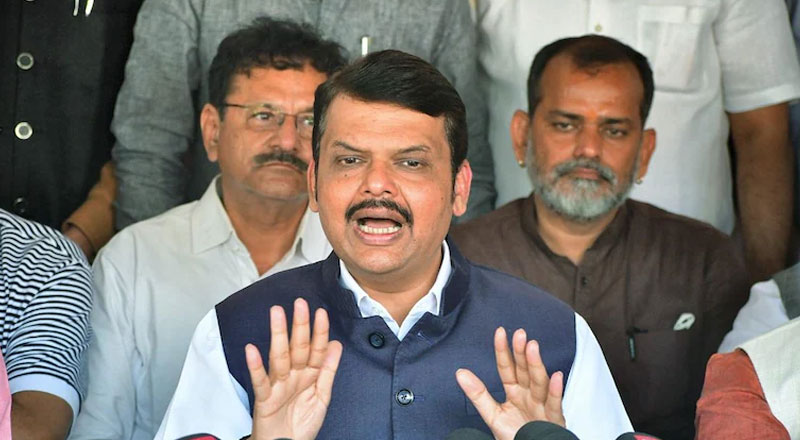 In the wake of the BJP leader Devendra Fadnavis accused the state government of misusing the police and lodging false cases against political opponents.

Fadnavis branded the Maharashtra government led by Chief Minister Uddhav Thackeray as ‘intolerant’ and said, “The Rana couple had just said they want to recite Hanuman Chalisa! They didn’t say they would protest in front of the [chief minister’s] house or anything! Where should Hanuman Chalisa be read then? In Pakisatan?”

Asked if reciting Hanuman Chalisa was anti-national, he said, “If this is the case, then we will also recite Hanuman Chalisa. The government should charge us with sedition.”

The Leader of Opposition in the Maharashtra Assembly claimed that MP Navneet Rana was mistreated while in jail after being arrested along with her husband, MLA Ravi Rana, by the Mumbai Police.

A woman MP was mistreated in jail. Her caste was commented upon. She wasn’t given water and wasn’t allowed to use the washroom,” he alleged.

Whatever is happening is at the behest of the chief minister and when the CM himself isn’t present, then what decisions can be taken in such a meet? Isn’t it a waste of time,” he said about the all-party meet.

We have no alternative left but to fight now. We will not back out. We are not scared. We have the strength to fight back and if need be we can reply in tit for tat fashion,” he asserted.

Minister of State for Home Nityanand Rai on Monday assured a BJP delegation from Maharashtra that the Centre will seek a detailed report from the state government over the law and order situation.

A BJP delegation called on Rai at North Block and briefed him about the prevailing situation in the state. The delegation also met Home Secretary Ajay Kumar Bhalla and raised the issue.

Kirit Somaiya also raised the issue of the attack on him by alleged Shiv Sena activists.