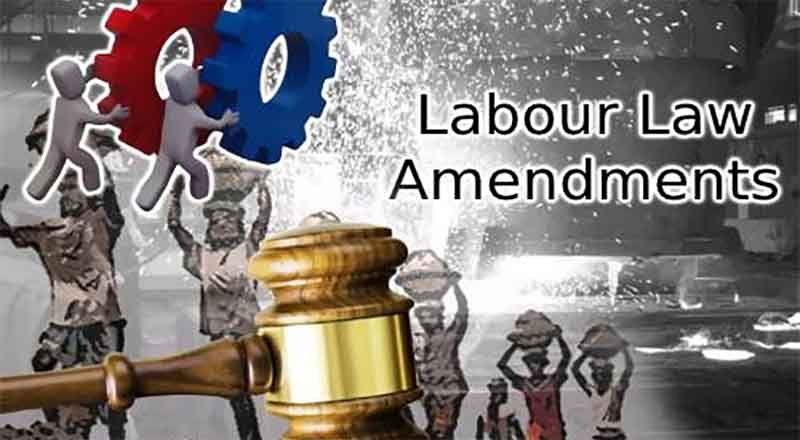 The Director-General of International Labour Organization (ILO), Guy Ryder has expressed his deep concern at the “unilateral suspension” of labour laws by various state governments.

The trade unions had complained to the ILO against the ordinances passed by some state governments suspending labour laws. In a letter to the trade unions, Karen Curtis, Chief, Freedom of Association Branch of the ILO, said the ILO Director-General has immediately intervened, “expressing his deep concern at these recent events and appealing to the Prime Minister to send a clear message to Central and state governments to uphold the country’s international commitments and encourage engagement in effective social dialogue.”

In a joint representation filed, the trade unions provided more “concrete details” to the ILO on their first complaint. Documents such as the ordinance of the Uttar Pradesh government and a press release on the cabinet decision; ordinances of the Madhya Pradesh, Haryana, Uttarakhand and Rajasthan governments; the order of the Karnataka government; the notification of the Bihar government; an advisory issued by Union Labour Secretary; and the Uttar Pradesh Government’s order under the Essential Services Maintenance Act have also been sent to the ILO by the trade unions.

The trade unions said there are umpteen instances that reflect the government’s refusal to follow the procedures of the ILO as if the government has no obligation to the labour rights watchdog.

The letter said, “We also draw your pointed attention to the inhuman miseries of the tens of millions of inter-state migrant workers during the lockdown period, reducing the most productive workforce along with their family members, both in the organised and unorganised sector of industries and services, into job-less, earning-less and even shelter-less and penny-less non-entities, not having even a full meal a day; in desperation, millions of them have been walking hundreds of miles on the highway, rail tracks, or even through jungles to reach their home-states and hundreds of them have died on the way, owing to hunger, exhaustion and malnutrition-related ailments, besides in road and railway track accidents.”