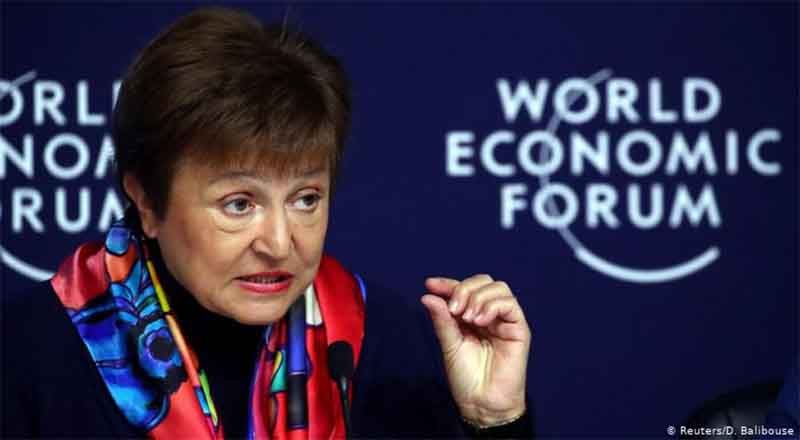 The International Monetary Fund (IMF) has said that although the global economic slowdown is easing, recovery will be sluggish in 2020.

In the latest update to its World Economic Outlook, released Monday, the IMF lowered its global growth estimate for 2020 to 3.3%, 0.1% lower than the previous report released in October.

Nevertheless, the IMF numbers for 2020 indicate a modest increase in growth compared to 2019, which saw the global economy grow by 2.9%

The forecast comes a day before political and corporate leaders gather for the annual World Economic Forum in Davos, Switzerland.

“After a synchronized slowdown in 2019, we expect a moderate pickup in global growth this year and next,” Georgieva told a news conference.

However, the IMF chief warned that the global economic growth in 2020 is still vulnerable to factors like political protests in numerous countries, the recent tensions between the US and Iran and the ongoing trade war between Washington and Beijing.

The IMF said its projections depend on “avoiding further escalation” in an ongoing “unresolved” economic dispute between the US and China.

President Donald Trump signed a deal with China last week that eases tension in the short term but leaves tariffs in place on two-thirds of Chinese goods imported to the US. “Trade truce is not the same as trade peace,” Georgieva said on Friday while commenting on the deal.

“Policy missteps at this stage would further enfeeble an already weak global economy,” the IMF said in the quarterly report.

A projected slowdown in India is also creating a global drag on growth, and the IMF said the Indian slowdown “accounts for the lion’s share of the downward revisions.”