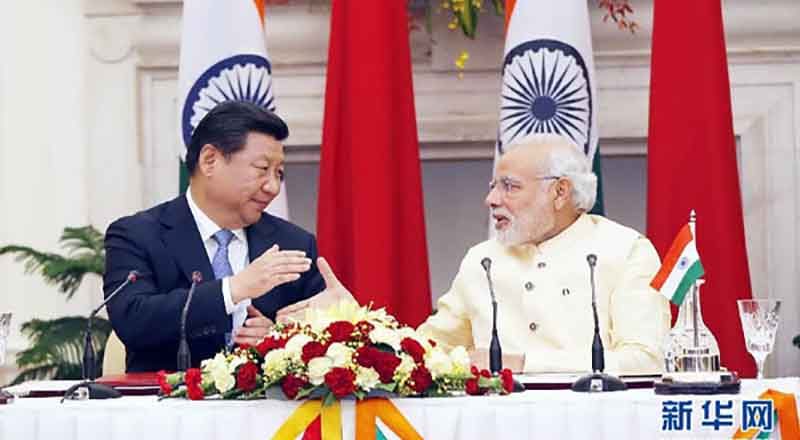 The government has announced stringent restrictions on foreign direct investments (FDIs) from countries sharing land borders with India, especially the recent episode by Chinese companies functioning in India. The sources said, within China, the Chinese private sector, and particularly tech firms, work closely with the government and the Communist Party in pursuing many of its goals at home.

It is quite obvious true that more Chinese companies investing in India ,as India attempts to gain market access in China for its information technology, agricultural and pharmaceutical industries have hit a wall for over a decade.

As per the sources, actual Chinese investment in India is at least three to four times higher than the official Indian figure. With this China has emerged as one of the fastest-growing sources of Foreign Direct Investment (FDI) into India. Indian statistics could record, those are the direct investments came from mainland China, but a majority of Chinese overseas direct investment flows through tax havens such as Hong Kong. China to be one of India’s top 10 foreign investors.

Another report says, official figures underestimate the amount of investment as they neither account for all Chinese companies’ acquisitions of stakes in the technology sector nor investments from China routed through third-party countries, such as Singapore. For instance, a $ 504-million investment from the Singapore arm of the mobile firm Xiaomi would not figure in official statistics because of how investments are measured, the report said.

The total amount of current and planned Chinese investment in India has crossed $26 billion (around Rs 1,98,000 crore), with the private sector in China and provincial governments emerging as important interest groups in shaping China’s diplomacy with India, a study released by Brookings India has said.

To see this type of aggressive move, on Saturday, the government said its approval is mandatory for FDI by neighbouring countries, in a move that is seen as curbing “opportunistic” takeovers.

China is also the biggest trading partner of India, and India the largest project-contracting market for Chinese companies in South Asia. Another fact is, China’s economy is five times bigger than India’s. In the past few years, with growth slowing at home, China is producing more steel, cement and machinery than the country needs. And as it looks to developing countries in Asia to keep its economic engine going, Chinese companies have been courted by India to bridge its infrastructure deficit.

1. Alibaba and Tencent have been the two biggest investors in India, together participating in funding rounds that exceed $3 billion.

5. Two of China’s biggest steel companies have also set up plants in India.

6. Xinxing Group, which announced a two-phase project in a joint venture with three Indian partners to invest $1.25 billion (Rs 8,735 crore) in Karnataka.

8. In the past three years, Chinese and Chinese-origin investors have poured in about $3.7 billion into Indian startups.

The recent law amended its foreign direct investment (FDI) policy to put a blanket ban on investments through the automatic route by entities from countries that share a border with India. The move is seen as an attempt to ward off the threat of “opportunistic” Chinese takeover of Indian companies, whose valuations have been badly hit by the coronavirus pandemic.

Generally, the FDI flows into India are under the automatic route, which means companies only need to inform authorities after the investment is made. The latest move signals a growing worry within government that China might seek to acquire Indian companies by exploiting their financial vulnerability.

There is investment of $2.3 bn equity FDI from China from April 2000 to December 2019, with this it is the 18th largest investor in India.

Additionally, there is an investment of about $ 4.2 bn came from Hong Kong. Several investments ,such as Xiaomi, routed through the third parties, by hiring very expensive resources. Additionally, the same company BBK Electronics Corporation-BBK (Headquarters at Dongguan, Guangdong – China) has three brands including OPPO, VIVO, One Plus and Realme. At the same time Meanwhile, BBK is about to launch a new brand by the name of imoo – targeted towards creating educational phones for the children.

This move coincides with similar barriers erected by other countries like Germany, Italy, Spain and Australia to block predatory capital from China. Modi government’s decision is specifically targeted at China given that the automatic route was already closed for flows from Pakistan and Bangladesh. The bluntness of the government’s decision reflects the seriousness of its worry.

Putting FDI from all countries under the approval route would have also slowed down inflows, which are critical at this time. With the threat of Chinese capital moving in appearing serious, the authorities decided to be specific in a turn away from the cautiousness that has defined New Delhi’s approach towards Beijing.

The Indian government’s move, cleared by the Union Cabinet, comes days after it emerged that the People’s Bank of China has increased its stake in HDFC Bank, the country’s largest private lender, to over 1%. But while the PBOC investment came through the portfolio investment route, the FDI move is more strategic and is aimed at blocking any attempt to restrict entities from across the border to acquire a significant beneficial interest. Stock market regulator SEBI is separately keeping tabs on investments from China and some other countries.

Chinese banks are also ready to offer debt to large-cap Indian companies. One such bank, the Industrial and Commercial Bank of China (ICBC) maintains an office in Mumbai’s Bandra Kurla Complex and, according to banking sources, has recently beefed up its team in India. It had even sued Indian businessman Anil Ambani in a London court in late 2019 to recover loans given to Reliance Communications.

Following the SEBI action, there were reports about Chinese funds considering exiting their Indian investments.