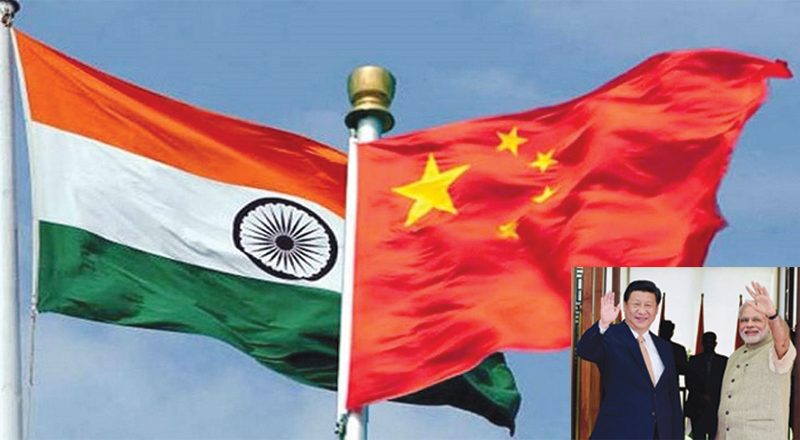 India and China have agreed to deescalate a month-long territorial standoff in the Himalayas, ahead of a major economic summit involving both the countries.

Come BRICS Summit and Prime Minister Narendra Modi is expected to attend it, for which both India and China have agreed to expeditious disengagement of border personnel at face-off site in Doklam. In a statement, the External Affairs Ministry said, “expeditious disengagement of border personnel at the face-off site at Doklam has been agreed to and is ongoing.”

China’s official Xinhua news agency said that India had withdrawn its personnel and equipment “that had crossed the border back to the Indian side. A Chinese personnel verified this at the scene,” Xinhua reported. “China will continue to exercise its sovereign rights and preserve its territorial sovereignty in accordance with historical border agreements.”

The leaders of the two largest BRICS economics India and China, Prime Minister Narendra Modi and Chinese President Xi Jinping are expected to meet at the BRICS summit along with other leaders from Brazil, Russia and South Africa in the southern Chinese city of Xiamen. It shows the Diplomacy at work. A report says that China has invited the leaders of Thailand, Indonesia, Kazakhstan, Egypt and several other nations to the Xiamen conference.

Despite differences both sides can resolve their concerns about each other peacefully and through diplomatic channels. The quick de-escalation of the situation ahead of the summit shows that Modi has withstood Chinese pressure and forced Beijing to back down. New Delhi had always maintained to find a mutually acceptable solution of the Doklam standoff through diplomatic channels. India’s objective was to achieve peace and tranquillity in India-China border areas though diplomacy. The nation had urged that both sides should withdraw troops to engage in a dialogue whereas Beijing insisted on the unilateral pulling out of India’s soldiers.

The border dispute at Doklam

In 1890, an agreement was signed between the then government in Tibet and the British government in India, the maps in which showed this region as a part of Tibet. However, due to its extreme climate, this region remained mostly uninhabited except for wandering nomads and a sprinkling of small villages.

In the period from 1945 to 1955, as new borders were drawn for newly independent post World War II PRC China, Bhutan, India and as Tibet was subsequently reclaimed/occupied by China, this region began to be shown in the maps of each of these countries as their own, with large overlapping parts. 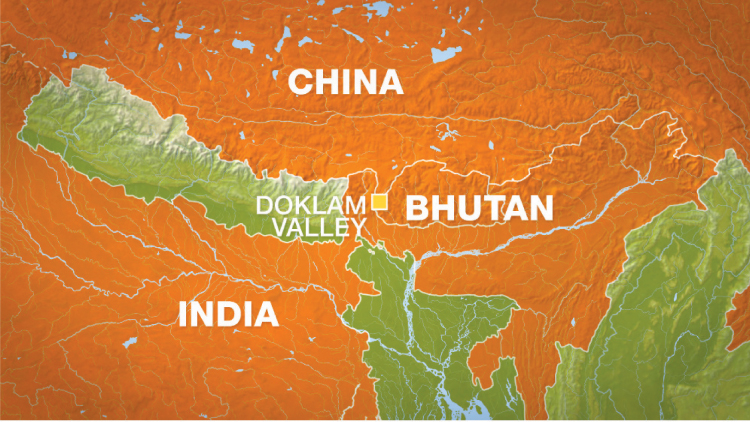 From 1958, Chinese maps started showing large parts of Bhutanese territory as part of China. In 1960, China issued a statement claiming that Bhutan, Sikkim and Ladakh were part of a unified family in Tibet and had always been subject to the “great motherland of China”. Alarmed, Bhutan closed off its border with China and shut all trade and diplomatic contacts. It also established formal defense arrangements with India.

When the Doklam tension started…

The Doklam dispute began in July, when Indian soldiers had crossed the Sikkim border to stop China from constructing a road on the Doklam Plateau in Bhutan. It is a strategic corridor that serves as a vital artery between Delhi and its far north-eastern states. The tension erupted after Bhutan accused China of constructing a road inside its territory in “direct violation” of treaty obligations. Reason being China does not have formal diplomatic relations with Bhutan. But China denied the accusation, contending that Doklam is part of Chinese territory.

India and Bhutan have maintained historically strong relations. Bhutan co-operates closely with India in determining its foreign policy and the Indian Army is involved in the training of its armed forces. Doka La is the Indian name for the region which Bhutan recognises as Dokalam, while China claims it as part of its Donglang region. Of the 3,488-km-long India-China border from Jammu and Kashmir to Arunachal Pradesh, a 220-km section falls in Sikkim. The Army’s swift response to China’s road-building on Doklam near the Sikkim-Tibet-Bhutan trijunction however took China by surprise.

As with the surgical strikes, there was an element of risk in PM Modi’s decision to confront China. The possibility of armed conflict was, however, not ruled out and the Indian leadership went by the military assessment that despite China’s better border infrastructure, it would not find India a pushover. The Doklam saga will encourage countries like Vietnam, Mongolia, Singapore and Japan that have been pushing back at China, and cause others like Philippines, who looked as if they might cave in, to reconsider.

Not to forget, Chinese had tried entering Ladakh twice on 15th of August. But they were beaten badly and forced to retreat. Indian Soldiers wrestled them out of the Indian Territory on both occasions. Perturbed by the beating, Chinese soldiers resorted to stone pelting which was replied at the same time. Many Chinese soldiers were reported to be injured after Indian soldiers unleased a volley of rock on them.

This is a lesson to learn in International Diplomacy. I would rather say, it is a major win for the Modi Government. Now the Doklam crisis stands resolved as the Chinese agree to retreat, without the Chinese troops firing a single bullet. The success mantra was to be calm, be composed, work out your options and frustrate the enemy. This is a major loss of face for the Chinese. It is also seen as a proof that China’s attempts to bully smaller neighbours into submission can be countered by determined diplomacy and alliances backed by military resolve.

IN RESPONSE TO QUESTIONS ON THE DOKLAM DISENGAGEMENT UNDERSTANDING

1. We had, earlier in the day, announced that following diplomatic communications, expeditious disengagement of border personnel of India and China at the face-off site at Doklam was ongoing. This process has since been almost completed under verification.

2. India has always maintained that it is only through diplomatic channels that differences on such matters can be addressed . Our principled position is that agreements and understandings reached on boundary issues must be scrupulously respected.

3. India’s policy remains guided by the belief that peace and tranquility in the border areas is an essential pre-requisite for further development of our bilateral relationship . The two countries had also agreed in Astana in early June that differences should not be allowed to become disputes and that India-China relations must remain stable. We look forward to continuing engagement with the Chinese side on this basis .