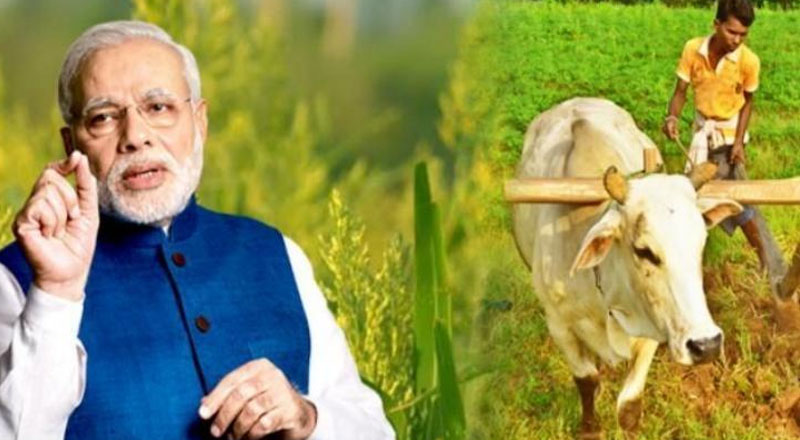 With the purpose of making farmers selfreliant the government has decided to make agriculture hi-tech in this year’s Union Budget. It is a high priority sector for India’s Prime Minister Narendra Modi.

The government has made provisions to develop it in a new way by moving beyond traditional farming. From rural housing to chemical-free agriculture, a five-kilometerwide corridor along the Ganges, and water for irrigation in Bundelkhand through the Ken-Betwa link project, all of this ensures that the Budget caters to the needs of every Indian.

A new public-private partnership (PPP) scheme will be launched to deliver digital and high-tech services to farmers. “Kisan Drones” will be used for crop assessment, digitisation of land records and pesticide and nutrient spraying.

The implementation of a comprehensive scheme to promote domestic oilseed production has been announced in the Budget.

“A sensible and comprehensive plan would be adopted with the goal of enhancing domestic production of oilseeds to minimise our dependence on oilseed imports,” said Finance Minister Nirmala Sitharaman.

For the agriculture sector, it is a balanced Budget that focuses on strengthening agriculture and farmers with infrastructure promotion, incentives, and technological incentives.

Farmers and villages will not only be able to improve their income, but they will also be able to become self-sufficient. The year 2023 has been designated as the Year of Millets by the government. Its objective is to raise awareness about the nutrition and cultivation of coarse cereals in the changing climatic conditions.

The minimum support price (MSP) of Rs 2.37 lakh crore will be paid directly into farmers’ accounts. Government procurement included in the Budget proposal for