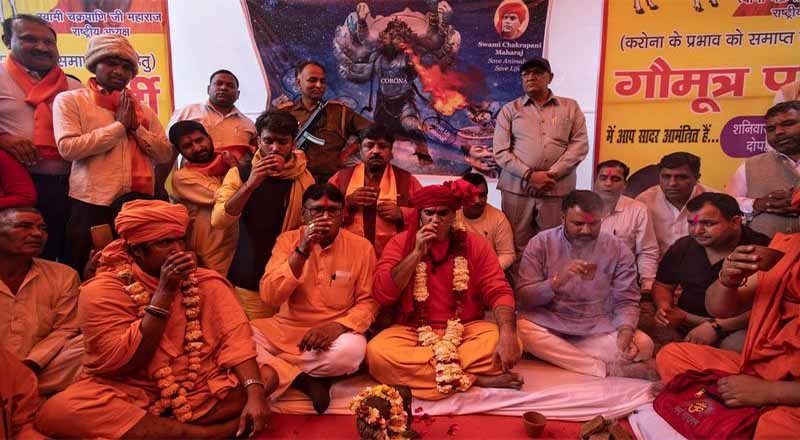 Congress leader Shashi Tharoor has tweeted, “Since BJP is so obsessed w/our image, reflect: For decades, the world saw India as a land of snake-charmers and fakirs lying on nails.”

He added, “In last 25 years India became the home of doctors and computer geeks. Now we’re a land where people drink cow urine and bathe in cow dung. Progress?”

A Hindu group had hosted a cow urine drinking party, as they believe it wards off the coronavirus, as many Hindus consider the cow sacred and some drink cow urine believing it has medicinal properties. The party was hosted by Akhil Bharat Hindu Mahasabha, at its headquarter in New Delhi, where about 200 people were attended.

With this Tweet, there were high level of criticism were going on the tweet.  Last seen, the tweet had gone viral on social media with more than 3,000 retweets and 16,000 likes.

A part of his tweet seems to have been inspired by a recent incident in Karnataka where a group of men were captured on video dunking themselves in cow dung. In their own words, they did that to fight the Coronavirus, which they said was “bacteria”.

The incident reportedly happened at one Swaranabhumi Gaushala in Hiriyur, Karnataka. The men said that one should bathe in cow dung every six months if one wanted to keep away the ailments.

However, Tharoor citing the incident to make a generalised commentary on India being a land people who drink cow urine and bathe in cow dung was criticised on the social media.