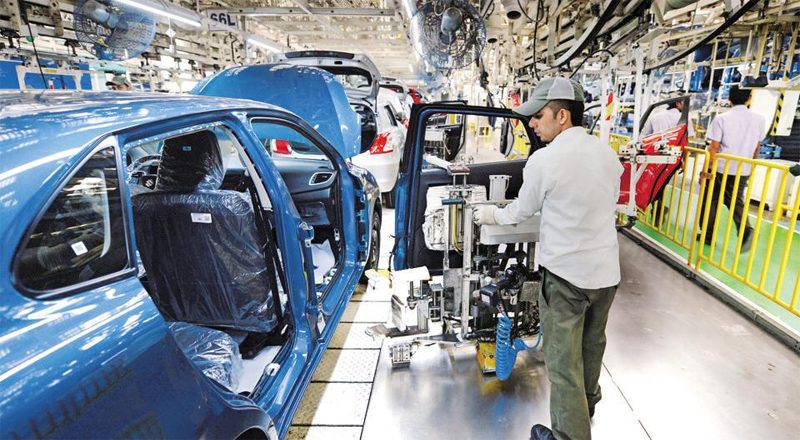 In its Global Manufacturing Index released by The World Economic Forum (WEF), India has been put on the 30th position, while China that is continuously striving to develop better avenues of manufacturing by boosting infrastructure is just five places above it.

Meanwhile, Japan topped the rankings on the back of developing the best structure of production in the Geneva-based WEF’s first ‘Readiness for the future of production report’. The other countries that are there in the Top 10 are South Korea, Germany, Switzerland, China, Czech Republic, the US, Sweden, Austria and Ireland.

India had a total manufacturing value of over $420 billion in 2016. The report said that the country’s manufacturing sector has grown by over 7 per cent per year on average in the past three decades and accounts for 16-20 per cent of India’s GDP.

The WEF said, “Home to the second-largest population in the world and one of the fastest growing economies, the demand for Indian manufactured products is rising. India has room for improvement across the drivers of production, except for demand environment where is ranks in the top 5.”

The report also took cognizance of the Prime Minister Narendra Modi-led government’s ‘Make in India’ initiative to open India into a manufacturing hub, and moving towards a more connected economy with an announcement of a $59 billion investment in infrastructure in 2017.

India has been placed in the Legacy group alongside Hungary, Mexico, Philippines, Russia, Thailand and Turkey, among others. Meanwhile, China is on the list of Leading countries. The report pointed out that the 25 countries placed in the Leading category were in the best position to gain as production systems stand on the brink of exponential change.