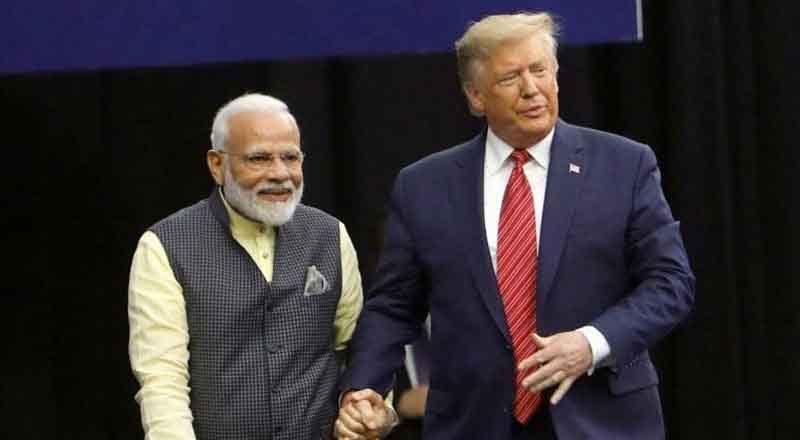 Officials from New Delhi and Washington are working out mutually convenient dates for US President Donald Trump’s visit to India on a standing invitation, a year after he expressed his inability to attend the Republic Day parade in the Indian capital.

According to a person familiar with the planning of the tour, the visit could take place as early as the second half of February. However, the timing will depend on the duration of the US Senate trial, expected to start this week, to determine if Trump should be removed from office in impeachment proceedings, the person added.

The White House however declined to comment on the matter.

The US President was unable to participate as the chief guest of the Republic Day celebrations due to scheduling constraints, the White House said in October 2018, after Prime Minister Narendra Modi invited him for a bilateral visit during their talks in Washington.

There has been a standing invitation to Trump after he expressed his inability to visit India last year, essentially in view of his State of the Union speech, the annual presidential address to a joint sitting of the US congress.

“He wants me to go there,” Trump told reporters in November last year to a question about the invitation from the Indian Prime Minister. “I will be going at some point to India,” he added.

The Indian invitation to Trump was reiterated last month by defence minister Rajnath Singh and external affairs minister S Jaishankar, when they called on the US President at the White House after their meeting with their American counterparts Mark Esper and Mike Pompeo.

The US President gave a positive response, the first person said, adding that planning picked up for the visit along with progress in trade talks that have been touted to be “close” to being formalised between the two countries.

India and the US have indicated that a short-term deal is in sight and could be signed soon, with a more ambitious longer-term agreement set for a later date. A trade deal with India, though not of the same size as the one the US and China are scheduled to announce in Washington this week, will be an important achievement of the Trump administration, especially in an election year, with the US President seeking a second term in November.

The two sides have been in talks to resolve trade differences and the dialogue could lay the ground for an ambitious Free Trade Agreement.