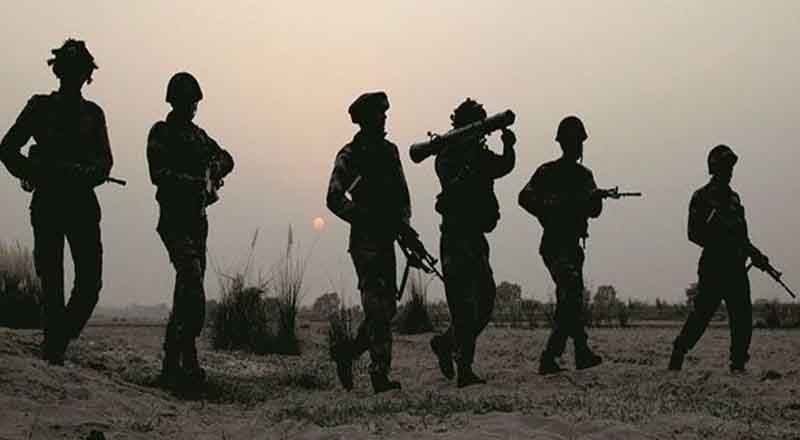 The Indian army has carried out precision targeting of gun areas and terror launch pads across the Line of Control from its posts in the Keran sector of Kupwara, people familiar with the development said.

The action, came in response to unprovoked ceasefire violations by Pakistan, was designed to destroy terror launch pads close to the border. There have been multiple intelligence reports about terrorists waiting across the Line of Control to infiltrate into India.

A top counter-terror operative said India was forced to retaliate in this sector because the terrain is such that if the terrorists would have crossed into the Indian side, it would have been difficult to capture or neutralise them without taking casualties.

Last week’s operation that ended on Sunday with the killing of five terrorists trying to infiltrate had also cost India lives of 5 Special Forces commandos.

The retaliatory strike at the terror launch pads comes amid a spike in ceasefire violations by Pakistan and a plan to send across over 200 terrorists.

As reported by a news print, 160 terrorists of the Lashkar-e-Taiba (LeT), Jaish-e-Mohammed (JeM) and Hizbul Mujahideen (HM) are ready to infiltrate into the Valley.

In the Jammu sector, along the border, around 70 armed and trained terrorists are planning to sneak into the Indian territory through unfenced nullahs, the inputs added. Counter-terror operatives said Jaish terrorists were camping at Samani-Bhimber and Dudhnial launch pads in Pakistan-occupied Kashmir.

LeT has been sending its terrorists to the Leepa and Kel launching pads in Leepa Valley and Neelum Valley, respectively.

In March, Minister of State for Defence Shripad Naik told Parliament that Pakistan violated the ceasefire at least 646 times between January 1 and February 23 this year.