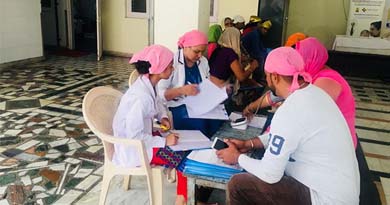 According to an official statement released on Friday, India has granted drugmaker Biological E approval to begin midstage studies of its COVID-19 vaccine in children and teens.

The Hyderabad-based pharmaceutical company was given the nod by the Drugs Controller General of India (DCGI) on Sept. 1, the statement said.

The company will study the safety and tolerability of its vaccine, CORBEVAX, in this population and conduct two clinical trials on children between 5 and 18 years of age with certain conditions.

The trial will be conducted in ten locations.

The permission has been given to Biological E after the recommendation from the Subject Expert Committee.

According to Johns Hopkins data, six vaccines have been authorized for use in the country and only about 11.28% of the entire population has been fully vaccinated so far. Of these, the Covid-19 shots for adults by Bharat Biotech and Zydus Cadila have been indigenously developed.

Biological E. is also running a late-stage trial of its vaccine in adults.