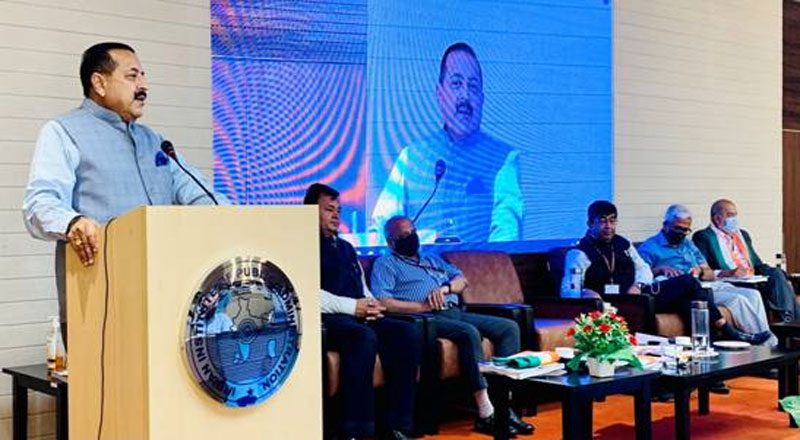 Mission Karmayogi (MK)”, the National Programme for Civil Service Capacity Building (NPCSCB) seeks to use current available resources & further augment them to usher in a competency-based learning and development

Efforts Underway to Hold Single Common Eligibility Test in Every District of the Country by January Next Year”
Union Minister of State (Independent Charge) Science & Technology; Minister of State (Independent Charge) Earth Sciences; MoS PMO, Personnel, Public Grievances, Pensions, Atomic Energy and Space, Dr Jitendra Singh today said that for the first time in the history of independent India, with the support of Prime Minister Narendra Modi, a pathbreaking initiative has been taken to shift the working and functioning of the Civil Servants from ‘Rule to Role’, through the Government’s most ambitious reform ‘Mission Karmayogi’, so that they are confident and able to perform the task assigned to them.

Addressing a Workshop on National Programme for Civil Services Capacity Building” at Indian Institute of Public Administration, the Minister said that this capacity building is taking place at the time of 75 years of India’s independence and India has not only survived these 75 years but has also grown as a nation.
Dr. Jitendra Singh said that the Narendra Modi government has indulged in large scale administrative reforms and the Prime Minister has given a culture in the country which is in tune to the ‘New India’ and the Prime Minister Modi has the courage and conviction to think ‘out of the box’.

Talking about the role of civil servants in present times, the Minister said that the obligations of government servants have changed over the years and their accountability has increased. He said that for any responsible nation, the ultimate motive is to ensure ‘ease of living’ for its citizens and India is treading well on this path.
The Minister said that a revolutionary decision was taken by the Modi Government in 2016 which made it mandatory for civil servants to undergo a three-month stint as Assistant Secretaries before going to their respective cadre. He also said that efforts are being made to hold a single Common Eligibility Test at every district level by January next year.

Dr. Jitendra Singh shared the benefits of scientific institutionalized mechanisms with the civil servants so that they are able to prepare themselves for future challenges.