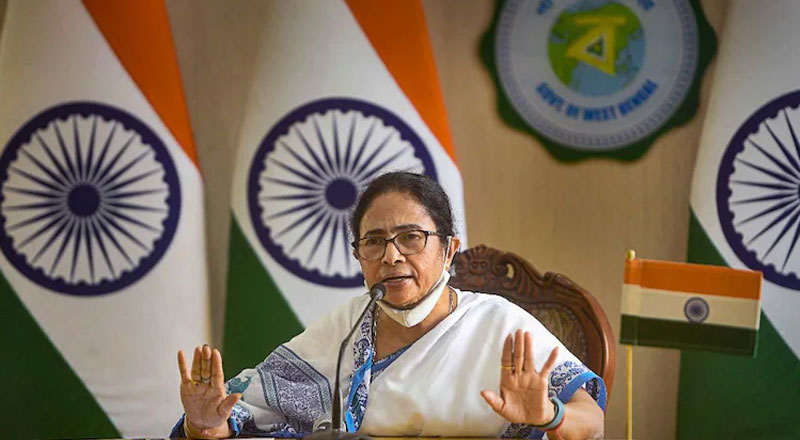 The chief minister said that the Centre should call for an all-party meeting and find a solution on how to sail over the crisis instead of using central agencies and forcefully trying to control democracy.

She was speaking to the media at the state secretariat after giving appointment letters to the family members of the victims of Birbhum massacre.

“There is no planning. Fuel prices have been hiked 11 times in 13 days. The interest on the Provident Fund has been slashed. From railways to banks, everything is being sold off. Several states have not received their share of GST,” she added.

The CM said that she has received a communication from Chhattisgarh chief minister Bhupesh Baghel complaining that the Centre was not paying the state’s share of Goods and Services Tax.

Banerjee also took a swipe at the Bharatiya Janata Party-led Centre over the crisis faced by medical students after returning from war-torn Ukraine. Around 22,500 students have returned to the country from Ukraine, the Rajya Sabha was informed in March by the external affairs minister S Jaishankar.

“The government has no money for students who returned from Ukraine. Why isn’t the Centre giving permission to the students to continue their studies? I had written to the Centre. It is my bad luck. Had we been there (at the Centre) we would have taken one minute to clear it,” said Banerjee.