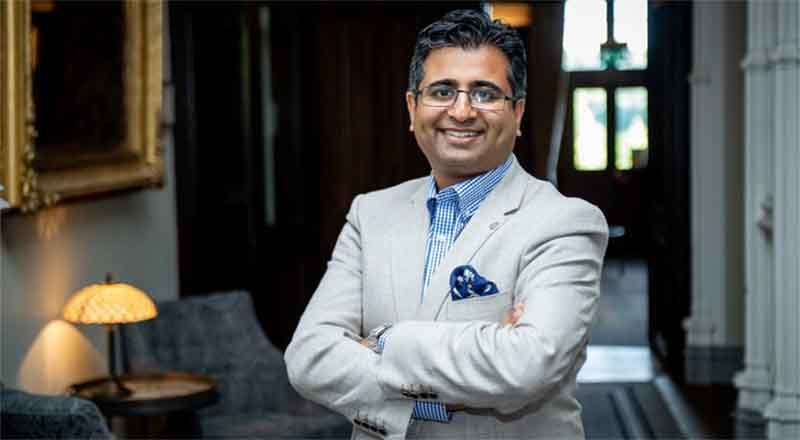 India’s inherent resilience, coupled with some enlightened thinking on the relationship between the public and private sector, will enable it to emerge from this crisis stronger. The much-vaunted democratic and demographic dividends of India will need to be fully encashed, writes India Inc. Group Founder and CEO Manoj Ladwa.

The United Nations Conference on Trade and Development (UNCTAD) has projected the world to slip into recession in 2020 and added that very few countries, barring China and India, will escape a contraction in their GDP figures.

I want to focus on India’s economic diversity and the scale of its economy. In my opinion, it is this crucial combination that makes India such an economically resilient nation.

Any supply disruptions resulting from the COVID-19 outbreak and the resultant reluctance of many countries and large corporations to place all their eggs in the China basket can be mitigated (with some effort) by India. The sheer diversity and scale of the Indian economy, and the resultant economic resilience, gives it the capability over time to replace many of the Chinese supply chains.

India has huge monetary headroom to cut interest rates to bring down the cost of money for its businesses. Last month, the Reserve Bank of India (RBI) cut the benchmark rate on which banks base their lending and deposit rates to a record low of 4.4 per cent. This is still quite high by global standards. The comparable rate in the US is zero, in the UK, it is 0.25 per cent and in the EU, it is already in the negative territory.

Indian industry often complains of high rates that make it uncompetitive in global markets. The RBI, which has privileged inflation control overgrowth over the last five or six years, must squarely take responsibility for this. But my purpose today is not to apportion any blame but simply to point out that the Indian central bank has enough space to reduce costs for Indian businesses and make them more competitive globally.

The government’s debt to GDP ratio is 49 per cent. If the states are included, the total is 69.04 per cent, according to the 2018 IMF World Economic Outlook database. This report says Japan is the world’s most indebted nation with a debt-GDP ratio of 237.54 per cent, Singapore and the US are ranked #12 and #13, respectively, with this figure at 109.37 per cent and 106.70 per cent. France comes in at #18 with a debt-GDP ratio of 99.20 per cent. Other developed nations such as Canada and the UK, too, have ratios of 88.01 per cent and 85.67 per cent, respectively – significantly higher than India’s figure.

It’s war out there. But instead of soldiers with guns and missiles, it is being waged by doctors and medics in white lab coats with tablet and syringes in their hands. And during wartime, the principles of fiscal prudence have to be given secondary consideration to keep the wheels of the economy rolling.

India’s demonstrated cohesion under stress has added a new dimension to the country’s fight against the hydra-headed COVID-19 monster. The Indian Prime Minister, Narendra Modi, has shown that he can weld the noisy, argumentative and usually disorderly country of 1.3 billion people into a relatively disciplined body, ready to put differences aside when faced with a common enemy. It was nothing less than Herculean to take along one-sixth of humanity living in a fractious democracy into a 21-day lockdown.

Today, on Day 10, the lockdown is holding – with the inevitable few hiccups. And India’s much-maligned bureaucracy is holding it together as a functional, if locked down, giant despite the problems associated with governing a vast and still largely poor developing nation.

It took Modi’s decisive leadership to make this possible. I must add here that the states – many governed by parties bitterly opposed to Modi’s BJP – have cooperated and risen admirably to the challenge.

Here, comparisons with China become inevitable. India’s openness and transparency stands as does its ability to freely disseminate information openly. This has facilitated interventions from higher authorities whenever the alert and watchful media has reported instances of official high handedness or problems faced by common people. China, on the other hand, is a closed society. So, it took time for the authorities to react to many situations.

The sense of community feeling in India is well-known and celebrated. In a different context, British Prime Minister Boris Johnson, too, recently acknowledged the existence (and importance) of society in an apparent repudiation of former Prime Minister Margaret Thatcher’s statement that “there is no such thing as society”.

Modi has tapped into this sense of community to foster a unity of purpose that I have not seen before in India. And this gives India a resilience that it may not have been fully understood or appreciated in the past.

The strength of India’s private sector lies in its entrepreneurship. While it is very premature to talk of green shoots – and a post-COVID future depends on the severity of the outbreak in India – the country can count on the fabled entrepreneurial zeal of its private businesses to pull its economy out of the woods.

In this, India cannot do a China. It is not a command economy and so, must achieve by consensus what its larger northern neighbour can do by diktat. But given the unity of purpose I referred to above, this apparent weakness can also become a huge source of strength as many democracies have shown time and again in times of national distress.

I’m sure India’s inherent resilience, coupled with some enlightened thinking around the relationship between state and citizen, and the public and private sector, will enable it to emerge from this crisis stronger, fitter and better placed in the world. The much-vaunted democratic and demographic dividends of India will need to be fully encashed.

Manoj Ladwa is the Founder and CEO of India Inc. publishers of India Global Business magazine.