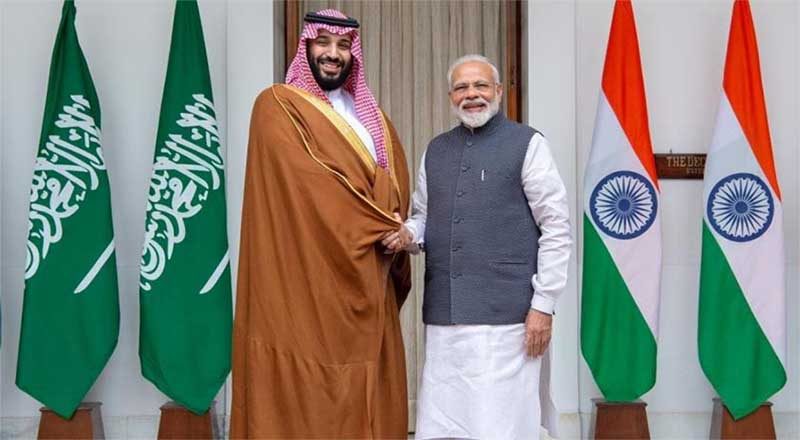 In the midst of disruption in global oil supply following the biggest-ever attacks on its oil installations, Saudi Arabia has said it is committed to meet India’s energy security needs and will work constructively with other oil producers to maintain market stability.

Saudi Ambassador Dr. Saud bin Mohammed Al Sati, in an exclusive interview to PTI, also said his country will invite the United Nations and international experts to view the situation on the ground and to participate in the investigation into the attacks.

He said Saudi Arabia has the capability and resolve to defend itself and to forcefully respond to “these aggressions”, and appreciated India’s support and solidarity to Riyadh following the strikes which, he asserted, were “against the international community as a whole”.

A series of drone and missile attacks on oil facilities of Saudi Aramco, the country’s national petroleum company, in Abqaiq and Khurais on September 14 knocked out half of its daily oil production, severely impacting the global oil market and triggering fresh tension between Saudi Arabia and Iran.

Saudi Arabia is a key pillar of India’s energy security, being a source of 17 per cent or more of crude oil and 32 per cent of LPG requirements of India. The attacks on Aramco’s Abqaiq and Khurais facilities resulted in up to 15 per cent increase in global oil prices last week due to disruption in supply by the top oil exporter.

Al Sati said the “unprecedented act of aggression and sabotage” on Saudi petroleum facilities, which were vital for global energy supplies, resulted in the suspension of approximately 50 per cent of Saudi Aramco’s production.

“The Kingdom will take appropriate measures to ensure its security and stability. The Kingdom affirms that it has the capability and resolve to defend its land and people, and to forcefully respond to these aggressions,” he said.

Yemen’s Houthi terror group has taken responsibility for the biggest-ever attacks on Saudi oil facilities which severely impacted global oil supply. Saudi Arabia and its ally, the US, have blamed Iran for the attacks but Tehran has strongly denied the allegations.

“The recent attack against Saudi Aramco was not only against the Kingdom, but against the international community as a whole, and was a deliberate attempt to disrupt the global economy. Therefore, the perpetrators should be held accountable,” the envoy said.

Asked whether Saudi Arabia will increase oil supply to India to address the shortfall due to curb on import of oil from Iran, the envoy said his country is committed to India’s energy security and will meet any shortfall that may arise due to disruptions from other sources.

“Saudi Aramco’s proposed investments in India’s energy sector such as the USD 44 billion West Coast refinery and petrochemical project in Maharashtra and long term partnership with Reliance represent strategic milestones in our bilateral relationship,” he said.

Al Sati said, as one of the world’s leading energy producers, Saudi Arabia will continue working constructively with other producers within and outside OPEC to maintain market stability, thus protecting all the interests of producers and consumers alike.

OPEC (Organization of the Petroleum Exporting Countries) is a 14-nation powerful bloc of oil producing countries.

“India condemned the attacks on our oil facilities and reiterated its resolve to oppose terrorism in all its forms and manifestations. As a friend and strategic partner, we appreciate India’s support and solidarity,” Al Sati said.

He said initial investigations have indicated that the weapons used in the attack were Iranian, adding probe was on to determine the source of the strike.

“The Kingdom condemns this egregious crime which threatens international peace and security and affirms that the primary target of this attack is in line with the previous attacks against Saudi Aramco pumping stations using Iranian weapons,” he said.

“The Kingdom calls upon the international community to assume its responsibility in condemning those that stand behind this act, and to take a firm and clear position against this reckless behaviour that threatens the global economy,” he said.The envoy said Saudi Arabia will continue working with its partners and allies in stabilising the security of the region.

“We look forward to India’s continued partnership. Saudi Arabia has valued India as a close friend and a strategic partner,” the Saudi envoy said.”As we explore new avenues together, the historic bonds between our two peoples will continue its importance as an anchor of our friendly ties and strategic partnership,” he added.

Prime Minister Narendra Modi’s visit to Riyadh in 2016 put bilateral ties on a new trajectory.There are over 2.96 million Indian nationals working in Saudi Arabia, the largest expatriate community in the country.