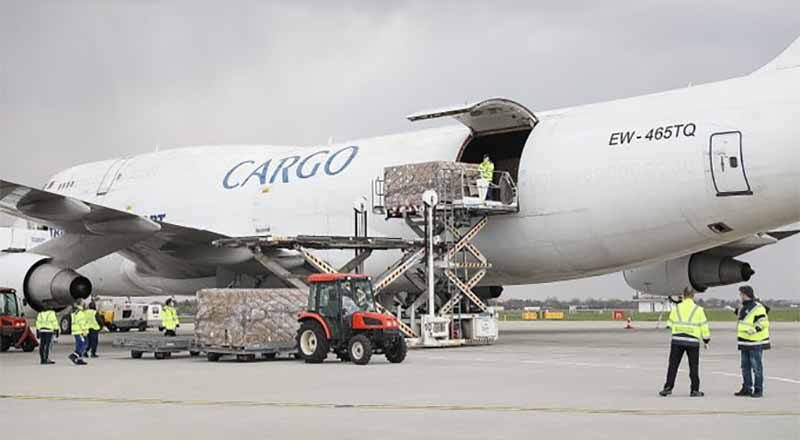 India’s export of 90 tonnes of medical equipment to Serbia despite concerns over the lack of proper protective gear for healthcare professionals in India itself has sparked a row. However, the shipment has not jeopardised the medical community’s requirements to tackle the coronavirus outbreak, as reports pointed out. Reported by scroll.

Sterile gloves are not part of the personal protection equipment used to treat coronavirus patients. According to the United Nations Development Programme, Serbia procured nearly 90 tonnes of “medical protective equipment” from India. “The transportation of valuable supplies purchased by the Serbian government has been fully funded by the European Union while the UNDP Serbia organised the flight and ensured the fastest possible delivery,” UNDP said in a tweet on Sunday.

While the Union Health Ministry is yet to elaborate on the full list of items that the Serbian government has purchased from India, reports said the items exported included 35 lakh pairs of sterile latex surgical gloves. A question comes , when there is a ban upto 15th May, then how this export order has been executed ?

Malini Aisola, the co-convener of the All India Drug Action Network, told Scroll.in that sterile gloves were used primarily in surgeries or invasive procedures. “At the moment, and as reported by glove manufacturers, there does not seem to be any dearth,” she said. “While we need to be prepared on all fronts, including sterile gloves for routine use, the shipment was humanitarian aid, and commercial exports should not be controversial.”

The 2nd cargo Boeing 747 with 90t of medical protective equipment landed from India to Belgrade today. The transportation of valuable supplies purchased by @SerbianGov has been fully funded by the #EU while @UNDPSerbia organized the flight & ensured the fastest possible delivery. The reports says.

The Congress had criticised the Narendra Modi government after the matter came to light on Tuesday. “What is this happening, Mr Prime Minister Narendra Modi,” Congress leader Manish Tewari had asked in a tweet. “While frontline Indian health workers are struggling for protective equipment, we are supplying Serbia. Air India to fly out germans and 90 tonnes of protective medical equipment to Serbia. Are we nuts? This is criminal.”

Doctors, nurses and ambulance workers from various parts of the country have urged the government to ensure necessary items for their safety during treatment of the coronavirus patients in last few weeks.

As India braces for a potential surge of Covid-19 cases, the lack of protective gear is one of the biggest concerns across the country. Manufacturers of personal protection equipment had sent several emails to the health ministry. They asked for clear standards or specifications on the quality, design and testing requirements of safety gear for health workers dealing with Covid-19 patients. Despite the repeated requests by the manufacturers, the Centre released guidelines for the manufacture of Covid-19 safety gear on the same day as it announced a 21-day lockdown.