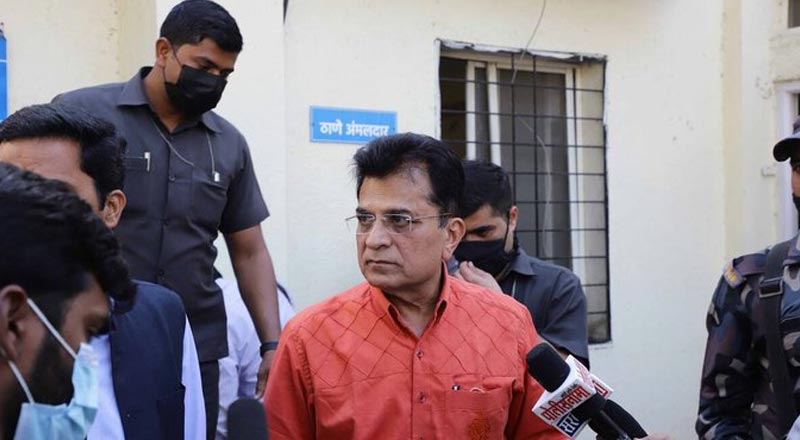 In connection with the collection of funds of upto Rs 57 crore for restoring the decommissioned aircraft carrier INS Vikrant, the Mumbai police registered an FIR on Thursday against BJP leader and ex-MP Kirit Somaiya, his son Neil Somaiya, and others on charges of alleged cheating and criminal breach of trust.

Since the investigation is at an initial stage, there will be no immediate arrest in the case. The police are likely to summon Somaiya and the others to record their statements.

Having denied any wrongdoing, Somaiya said that he is ready to face an inquiry. “I have not done anything wrong,” he said.

The FIR was registered a day after Shiv Sena MP Sanjay Raut alleged that Somaiya had invested the funds in his son’s construction company instead of depositing it with the Maharashtra Governor as promised.

INS Vikrant was India’s first aircraft carrier, which played a key role in the 1971 war with Pakistan that led to the birth of Bangladesh. It was decommissioned in 1997 and preserved as a museum till 2012 before being sold and scrapped in November 2014. The Navy is now set to roll out its new Indigenous Aircraft Carrier as “the reincarnated Vikrant”.

An FIR has been registered against Kirit Somaiya, Neil Somaiya and others in connection with a complaint lodged by an ex-serviceman identified as Baban Bhosle, as confirmed by Senior Inspector Rehana Shaikh of the Trombay police station.

According to the complaint, Somiaya, his son and others had collected money in 2013-14 in the name of restoring Vikrant. It stated that money was collected from the public through donation boxes in railway stations across Mumbai.

Bhosle said in the complaint that he put Rs 2,000 in one of the boxes — and that, as per his knowledge, a total of Rs 57 crore had been collected from the public. The complaint stated that while collecting donations, Somaiya had said that the money would be donated with the Governor.

However, as per an RTI query to the Governor’s secretary about the donation deposited in 2013-14 by Somaiya, no such money was received by the Governor’s office, the complaint said.