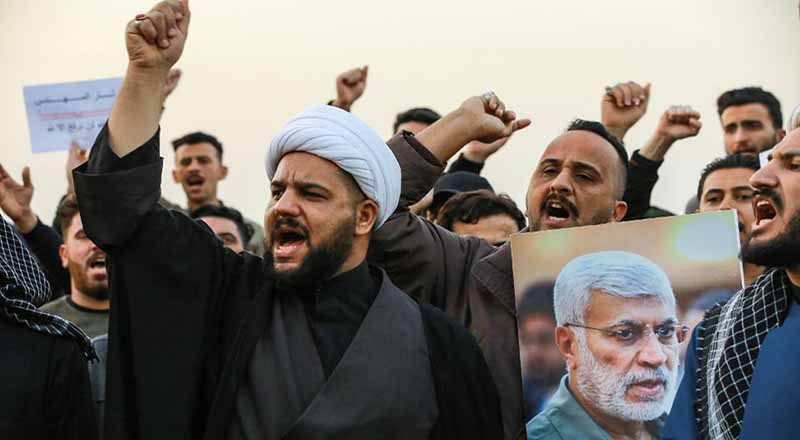 62 year old General Soleimani was the second most powerful figure in Iran, behind Supreme Leader Ayatollah Ali Khamenei. He spearheaded Iran’s Middle East operations as head of the elite Quds Force. The US branded the commander and the Quds Force terrorists, holding them responsible for the deaths of hundreds of US personnel.

Escalating tensions between the U.S. and Iran could lead to a different kind of war, one where Iran might use cyber warfare to retaliate in the wake of the U.S. killing one of Iran’s top commanders.

They will want real blood–in addition Iran is probably more cyber vulnerable but it will play a part of their longer term response, possibly as a voluntary proxy for Russia. It will be a decisive act to send a clear message to the U.S. that Iran will not stand back and do nothing and is likely to be spectator in nature.

President Trump on the other hand has warned that the US is “targeting” 52 Iranian sites and will strike “very fast and very hard” if Tehran attacks Americans or US assets.

The president said the targets represented 52 Americans who were held hostage in Iran for more than a year from late 1979 after they were taken from the US embassy in Tehran.

“The current situation with Iran is of great concern, because they have previously conducted widespread cyber-attacks on American businesses in response to U.S. government action,” Reginald Hyde, a cyber security expert said.

Shortly after the president’s tweets were posted, the website of a US government agency appeared to have been hacked by a group calling itself “Iran Cyber Security Group Hackers”. A message on the American Federal Depository Library Programme site read: “This is a message from the Islamic Republic of Iran”.

“Cyber is certainly an option, and it’s a viable and a likely one for Iran,” says Ariane Tabatabai, a political scientist at the RAND think tank who focuses on Iran.

Hyde says an attack could start out as a simple phishing attempt and lead to something bigger.

“That can open the door to other more sophisticated technology coming in and allowing an attack or two to control one’s computer to get any control of a computer network,” Hyde said.

Several years ago, a joint U.S – Israeli operation sent a computer virus to a uranium enrichment facility in Iran which crippled the country’s nuclear efforts. Since then, experts say Iran has been ramping up its cyber-attack capabilities.