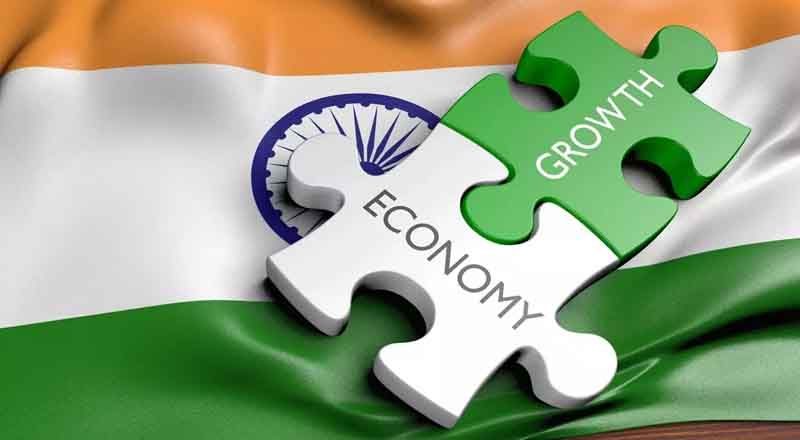 While recalling on what went wrong during a certain period is absolutely necessary, FM Nirmala Sitharaman Madam has said, targeting former prime minister Manmohan Singh for accusing the NDA government of always trying to put the blame on it’s rivals.

The recession in automobile sector seems to have hit Maharashtra and it has been facing an economic decline for four consecutive years and that in the past five years the state has seen the maximum factory shutdowns. The slump in the automobile industry has hit about five lakh workers in the Pimpri Chinchwad industrial belt in Pune. Pimpri Chinchwad and areas such as Chakan, Bhosari and Talawade house some of the major vehicle manufacturers.

According to Pimpri Chinchwad Small Scale Industries Association, about 12,000 small and medium industries depending on original equipment manufacturers (OEMs) are facing a major crisis with work orders dropping by 25-30 per cent.

Now the government has to bite own bullets, like an expert says,  why the Government has  decided on the Diesel vehicle can’t run after 10 years in the Metro’s ,whereas the vehicle licence had allotted upto 25 years. This role is also applicable to the expensive vehicles also. It remain a question mark on after 10 years what will happen to these vehicles?

Initially, the industry and the so called policy makers  had thought if it could reduced to 10 years, then the vehicle sale would increase, but it has gone on the reverse direction as the sale has stopped and in return, the industry is suffering but the Industrialist are busy in making their sweet times. Ultimate result is people are losing the job, Bank is  loan is mounting
with the bad debts.

Payment delays have for long been a huge problem for India Inc. Last year, an EY report estimated that Rs 1.8 lakh crore was trapped in India Inc’s balance sheet mostly as receivables — the money that a company receives for goods or services it has delivered to a client or customer. But it is companies at the bottom of India Inc’s food chain — the small and medium enterprises (MSMEs) — who feel the sting the most. Media reports estimate that large corporations owe Rs 40,000 crore and PSUs Rs 48,000 crore to MSMEs.

According to a recent report by Zinnov, India has over 75 million small and medium businesses that contribute 40% to the gross domestic product, employ 180 million people and contribute 52% of India’s $535 billion exports. Yet, with limited financial means, MSMEs often swing between life and death. During good times, their situation is tenuous. In bad times, it turns fatal. Receivables pile up, shrinking their working capital.

A committee need to be formed to see on what went wrong on the policies they brought so far and  the government should come out with the clear-cut policies and not to blame either the previous governments or the global conditions for their poor economic performance. It is better to focus on the growth agenda. If it is formed now, there are many chances of India may not face the recession, with the prevailing various Global challenges.

The world was witnessing severe economic contractions and we somehow managed to get the economy going by 6% on average.

When we see the performance of the year 2019. The first two quarters, USA grew by 3.1 and 2.1 percentage points. Simultaneously, the world GDP is predicted to grow by 3% in 2019.

So, during 2008 and global recession times when the world was growing at negative 1.7, we pegged 6.1% growth. So, if someone argues that it’s because of global conditions then either they are lying to you or they don’t want you to know the truth. World is expected to grow by 3% in 2019, and we are hovering around 5% this year.

It’s not the global conditions, it’s the internal factors, mismanagement of resources, demonetization and hastily implementation of GST and other Geo-political issues.

How Economic Crisis was created?

The day when demonetization was announced, Former PM Manmohan Singh said that it’s ‘organised loot and legalised plunder”, he also predicted that GDP growth rate would go down by 2 percentage points and that too as per him was an understatement.

Meanwhile, as per a report by RBI, the total currency in circulation as on 31.07.2019 was around 21,00,000 Crores. This simply implies that the currency with the people has increased post demonetization.

So what has this to do with the economic slowdown? How did demonetization triggered this slowdown?

Demonetization hit the MSMEs sector very badly and is limping back to get on its feet. The most hit were the small businesses from unorganized sector, which used to rely completely on cash for their businesses. Industries like textiles, leather, fertilizers, knitwear, ceramic, cottage and even the diamond industry of Surat were facing severe distress.

Even the RBI, in its report in March 2017, accepted that industry slowed down. People were thrown out of their jobs, some were forved to go back to thier villages. This creates more joblessness, with less number of people having the capacity to spend money back to the system.

Since the currency in circulation has increased, but it’s lying dormant in the system, people no longer have the confidence to spend any money. Uncertainty about the future creates a ripple effect, and this uncertainty has led people to conserve cash for the bad times to come. All they hear is bad news, from every nook and corner of the country. Inturn, the businessman are not borrowing from banks, as they see there is no demand from the market and feel there is no need to expand their business.

Bank frauds increased significantly in the last 5 years. All chest thumping over saving the economy from the mess created by previous government was a sham. Since, each year over the past 5 years saw drastically increased number of bankfrauds. This also effects the confidence of the public when it comes to spending.

Moreover, the buyers have started to postpone their buying decision as the real estate prices and in fact prices in all sectors are under pressure. Another reason for this Economic Crisis is the hurriedly implemented GST, which gave too little time for the businesses to adjust to the new taxation system, especially after the huge economic shockwave that demonetization triggered.

Now the government has to come out with the clear policy to make the industry sustainable.