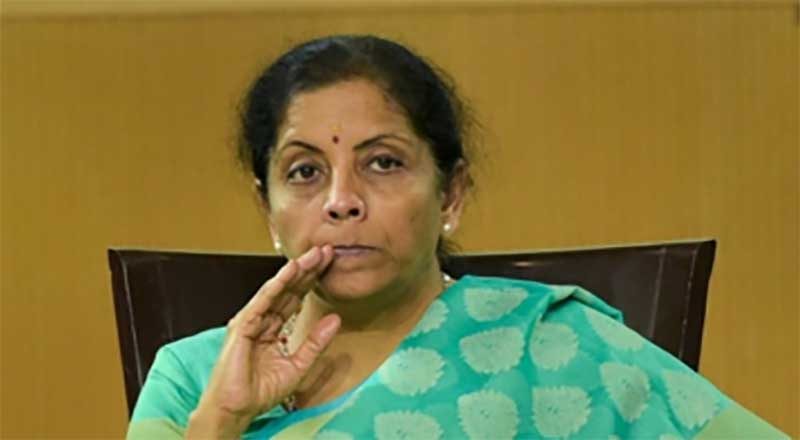 Union Finance Minister Nirmala Sitharaman on Thursday had a tough time facing the irate PMC bank depositors who had gathered outside BJP office in Mumbai where she was to address a press conference.

Facing the media, too, didn’t turn out to be a cakewalk for the minister who has gone back on most of her decisions one after another which she had announced with much fanfare in the Budget in July this year, thanks to a deteriorating economy and constant flight of foreign investment portfolio.

To a question on whether the government accepts there is an economic slowdown, Sitharaman evaded a direct reply, and said, “We are giving relief to all sectors who need help.” She added that she has been meeting representatives of various industrial sectors since July and that sector-wise intervention is being made regularly.

The minister praised the five-year tenure of Devendra Fadnavis government in Maharashtra, which is facing elections on October 21, and described the chief minister as proactive. When asked about farmer suicides, she said such incidents were “heart breaking”. The state government understands the gravity of the situation and has done well to reach out to distressed farmers, she said.

The Finance Minister also did not give a concrete assurance to the depositors of Punjab and Maharashtra Cooperative Bank (PMC) whether they would ever get their hard-earned money back and if yes, when.

The Reserve Bank of India (RBI) had capped the withdrawal from the PMC Bank to Rs 1,000 per account holder over the next six months. The amount was revised to Rs 10,000 and later to Rs 25,000 after angry protests by the bank customers.