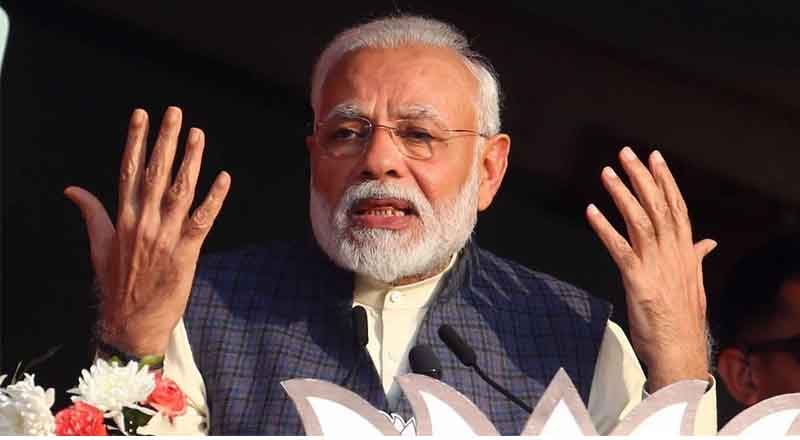 The news of PM Narendra Modi quitting social media has spread like a wild fire and various responses are pouring, including the ones for opposition parties too.

Within minutes of PM Modi’s tweet announcing his intention, it became the hottest topic of discussion on social media. Soon, #NoSir, #NoModiNoTwitter and “Narendra Modi” became the top trends on Twitter.

However, there was a lot of speculation over what PM Modi’s tweet really meant- while some interpreted his tweet as a declaration of quitting social media, others predicted that it was just an attempt to draw attention to some issue. People were also confused over whether PM Modi was giving up social media for good or whether it was just for “This Sunday”.

One of the theories was that PM Modi was unhappy with the role and use of social media platforms in the recent events of violence in Delhi and that is why he was taking a break from social media. Another theory suggested that PM Modi’s tweet did not mean that he will quit social media but only that he will give up his Facebook, Twitter, Instagram and YouTube handles this Sunday. This Sunday is International Women’s Day and it is possible that the prime minister may lend his handles to some inspiring women on that day.

Modi is certainly one of the most popular world leaders around the globe when one looks at social media following alone. In India, Modi’s social media presence has been built as a way to connect with citizens, but it has also formed a band of die-hard Modi followers on social media, which is no less than a cult at times as seen in the latest episode.

Tweeting just before 9 PM on Monday (March 2, 2020), PM Modi expressed plans to “give up” social media on Sunday, March 8, 2020.The tweet has not only taken social media by storm but has also managed to upset the very fans that have made Modi one of the most followed personalities on social media.

Arun Yadav, Head of the Haryana state IT and Social Media for BJP, took to Twitter expressing regret. Many others also joined in with similar tweets for the Prime Minister’s plans.

Meanwhile, Rahul Gandhi, President of the Indian National Congress which is part of the opposition, tweeted back to Modi in reference to recent violence in the national capital and allegations of involvement of BJP leaders in the riots in Delhi