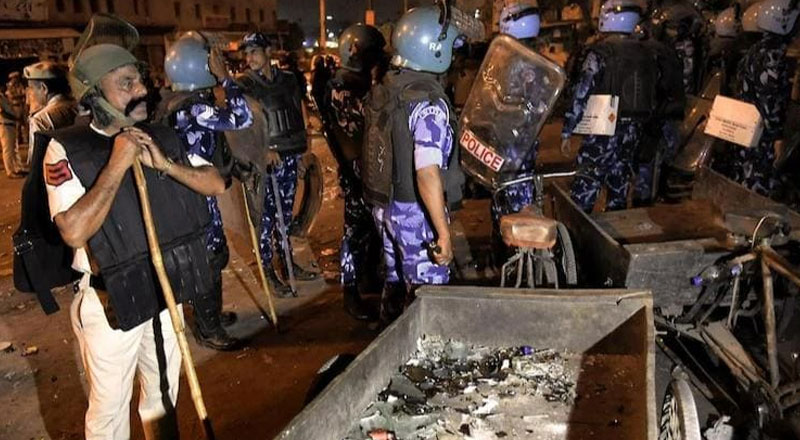 In the Delhi’s Jahangirpuri violence case, the police have arrested all the 14 accused named in the FIR. All these accused belong to the same community. Here is what Delhi Special CP has to say about it.

So far, 20 people have been arrested in the Delhi Jahangirpuri violence case, who belong to the same community. After the arrest of the accused of the same community, questions have been raised about this action of the police. When asked, the Special CP of Delhi Police, Deependra Pathak said that some footage of swords and guns waving during the procession has been found, on which further action will be taken after investigation.

When the question was asked to the Special CP that 20 people have been arrested in the case so far who belong to only one community, why is it so, Deependra Pathak said, “This is a very early stage and more action will be taken after that. The investigation continues”.

35-year-old Ansar is a resident of Jahangirpuri B Block. He was also arrested repeatedly under other sections, including two cases of assault. Along with this, a case was registered against him under the Gambling and Arms Act 5 times. Police said that further investigation is on.

Mohammad Ansar was born in the slum of Jahangirpuri in 1980. Ansar’s dossier was prepared by the police on February 20, 2009. At that time Ansar was arrested, he had a knife with him. According to the dossier, two cases are already registered against Ansar. In the first case, he was arrested with a knife and a section of the Arms Act was imposed against it.

The second case is of July 2018. Section 186/353 IPC (assault on government servant and obstructing government work) was imposed against Ansar. Ansar’s profession has been described as a junkyard. It was told in the dossier that Ansar has studied till the fourth standard.