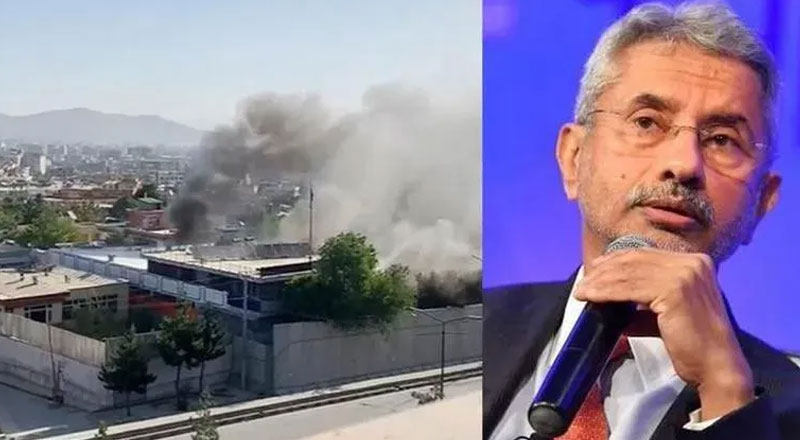 External Affairs Minister S Jaishankar condemned the “cowardly attack” on a Gurudwara in Kabul and said that India is closely monitoring developments in the Afghan capital.

Taking to Twitter, the External Affairs Minister also expressed concern over the welfare of the Sikh community in Afghanistan.

“The cowardly attack on Gurudwara Karte Parwan should be condemned in the strongest terms by all. We have been closely monitoring developments since the news of the attack was received. Our first and foremost concern is for the welfare of the community,” Jaishankar tweeted today.

At least two civilians, including a Sikh man and a Muslim security guard, died after unidentified assailants attacked a Gurudwara in Afghanistan’s Kabul city today morning.

Afghanistan Ministry of Interior (MoI) in an earlier statement said that a number of unknown armed individuals in the early morning entered a Dharmashala. The attackers used a grenade that resulted in injuring two people.

Abdul Nafay Takor, a spokesman for the Ministry of Interior Affairs said that seven people were injured in the attack.

According to sources, around 25 to 30 people were present inside the Kabul gurudwara complex for their morning prayers when the attackers entered the premises. Around 10-15 people managed to escape but the gurdwara’s guard,
identified as Ahmad, was killed by the assailants.

Later in the day, visuals on social media posted by onlookers showed people walking barefoot carrying the Holy Guru Granth Sahib on their heads to a different location.

In October, last year 15 to 20 terrorists entered a Gurdwara in the Kart-e-Parwan District of Kabul and tied up the guards.

In March 2020, a deadly attack took place at Sri Guru Har Rai Sahib gurudwara in Kabul’s Short Bazaar area in which 27 Sikhs were killed and several were injured. Islamic State terrorists claimed responsibility for the attack.