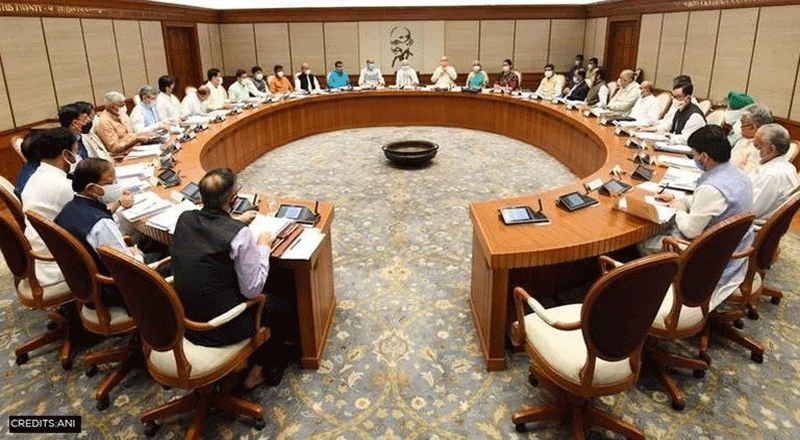 The ministers have been asked to make short and effective speeches at various halts en route the ‘Jan Aashirwaad Yatra‘ and speak about the objectives of the Modi government, speak about various schemes, development projects and local issues.

Prime Minister Narendra Modi was not allowed to introduce his 43 new and upgraded ministers in the Monsoon Session of Parliament but the party will now introduce them to the general public as part of a three-day long Jan Ashirwaad Yatra starting August 16 in 19 states.

News spo india   has accessed details of the elaborate plan under which each of the 43 ministers will land about 300-400 kilometers away from their home constituency and undertake the Yatra over the next three days in an open vehicle, passing through three to four Lok Sabha constituencies till their home district. The BJP hence plans to cover about 150 Lok Sabha constituencies and over 15,000 km, in a bid to also build momentum in the poll-bound states of Uttar Pradesh, Uttarakhand and Manipur.

For example, Power Minister RK Singh will land in Gaya to make the journey towards his constituency Aarah over three days while Labour Minister Bhupender Yadav will land in Rajasthan to go towards Alwar. The Ministers will be staying the night in villages or small towns that fall en route and meet a cross-section of people during the three-day journey – like prominent religious saints, social activists, national and state level players, families of martyrs, party cadre and pay obeisance at religious sites.

All BJP MPs have also been asked to be in their constituency from August 16 while the Jan Aashirwaad Yatra passes through their area. “Before Narendra Modi became the Prime Minister, the history has been that central ministers used to be like fruits on a tree branch – far from reach of the public. PM Narendra Modi wants to break this myth. He wants that every minister of his council is connected to the people and the public also feels a connection with Ministers,” a party directive mentions.

“The recent Cabinet expansion is an example of balance and wide representation. On one hand, 11 woman ministers have found a place in the council of ministers while on the other hand, maximum number of regions have got representation,” the directive says. A senior party leader said many OBC and backward castes and regions got representation in the Council of Ministers for the first time and it was important to send out a message among the people that one of their own had found a place here.
Modi in Parliament had slammed the Opposition and its “mentality”, saying he was not allowed to introduce women, Dalit and scheduled tribe MPs who have been made ministers and added that when he was trying to introduce new union ministers belonging to rural background and children of the farming community, some opposition party members showed they were not happy. Through the Jan Aashirwaad Yatra, the party will reinforce the message among public and seek its blessings.

The party directive says the Yatra must be “grand, attractive and effective and reach the common man” and the ministers be greeted warmly when they enter a new district. It has also been mentioned that all Covid-19 protocol be followed, like social distancing and wearing of masks and using sanitisers. The route of the Yatra will be plastered with hoardings highlighting the schemes and development works done by the Narendra Modi government and feature big cut-outs of the picture of prime minister and the BJP’s ‘Lotus’ symbol.

The ministers have been asked to make short and effective speeches at various halts en route the Yatra and speak about the objectives of the Modi government, speak about various schemes, development projects and local issues. “All new and old party cadre should be involved in the Yatra. There should be a wide-spread social media campaign,” the party directive says. A total of 19 state chiefs of the Yatra, an Incharge and four co-incharges of each of the 43 Yatras and media incharges of the Yatra will be appointed.