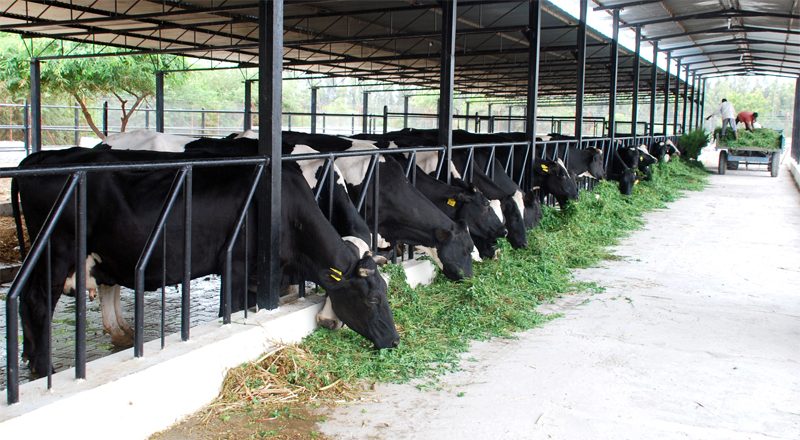 India ranks first among the world’s milk producing nations since 1998 and has the largest bovine population in the World. Milk production in India during the period 1950-51 to 2014-15, has increased from 17 million tonnes to 146.31 million tonnes. The milk production during 2015-16 is 155.49 million tonnes. About 54% of the milk produced in the country is surplus for marketing in the domestic market, of which only 20.5% is procured/ processed by the organised sector being equally, shared by Cooperatives and Private dairy organizations.

To meet the growing demand which is estimated to be in the range of 200 – 210 million MT by 2021-22, India needs to upgrade its infrastructure at the village level particularly for milk procurement and production of high valued milk products.

The Government has therefore submitted a proposal for availing loan from Japan International Cooperation Agency (JICA) for ‘Dairying through Cooperatives-National Dairy Infrastructure Plan’’ in line with the mandate of Government to double farmers income in next five years. The total outlay of the proposal is Rs 20,057 cr.

The proposal has been forwarded by Department of Economic Affairs to JICA.

JICA mission visited India during 27th February to 3rd March, 2017. A meeting with the delegation lead by Tatumi Kunitake was held on 26th May, 2017 to deliberate on the observations of JICA mission. As per the observations of the mission, NDDB is working on modifying the proposal with a focus on poverty alleviation. The schedule of procedures involved in the programme was discussed with JICA delegation and activity-time chart has been finalized for JICA is to initiate the appraisal process at the earliest.