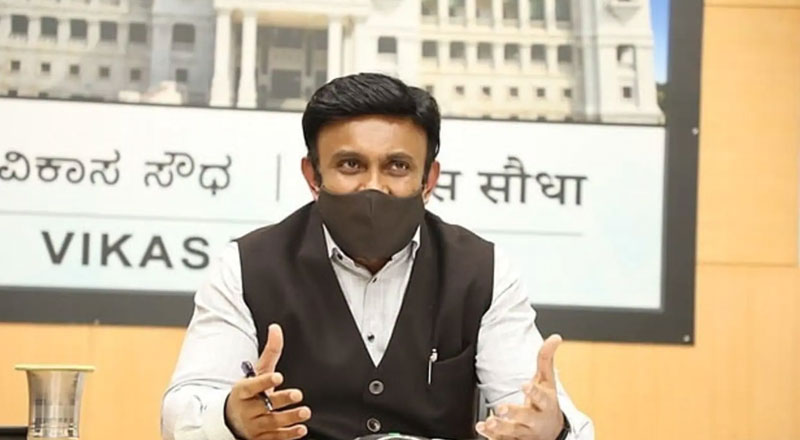 Karnataka Health Minister K Sudhakar on Monday asked the Health Department officials to take it as a challenge and make the state Malaria free by 2027, three years before the Union government target of 2030.

Speaking at an event at Bangalore Medical College and Research Institute on the occasion of World Malaria Day, Sudhakar said that Malaria is a disease predominantly seen in tropical countries and with India accounting for 70 per cent to 80 per cent of Malaria cases across South Asia and Southeast Asia.

He highlighted the importance of raising awareness about the prevention, detection and treatment of Malaria. The state Health Minister also said that hygiene and cleanliness are key to preventing Malaria infections.

“Initially, many made fun of Prime Minister Narendra Modi when he started the Swachh Bharat Mission. But he knew better. He realized that the first step to improving health is to improve hygiene. To prevent Malaria, cleanliness is very necessary as Malaria is a vector-borne disease that spreads through mosquitos and unclean areas attract mosquitos,” he said.

He further highlighted that since 2014, the Modi government has constructed 12 crore toilets across India in a bid to improve hygiene in rural areas.

He stated that medical students are the strength of government medical colleges and further stated that they have to conduct awareness programs and camps in rural areas to fight Malaria. He also pointed out that private doctors practising in rural areas must be involved in the fight against Malaria.

“The Union government has a target of making India Malaria free by 2030 and already, 10 districts in Karnataka have not seen even a single Malaria case in the past three years. All the credit goes to Health Department officials, staff and ASHA workers,” he said.