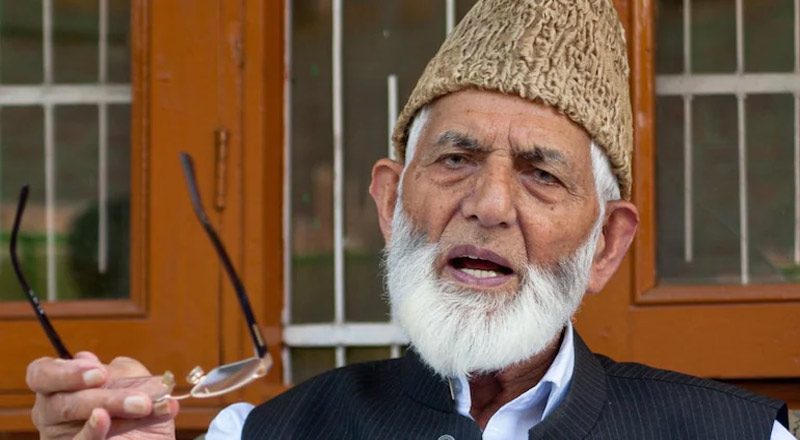 Syed Ali Geelani, the separatist leader of Kashmiri, has died at his home in Srinagar at the age of 92. He passed away after a prolonged illness.

He was a veteran campaigner against Indian rule, for which he had been under house arrest for much of the past 11 years.

His burial took place in the early hours of Thursday.

Following his death, Indian authorities have imposed a strict security clampdown in Srinagar, placing barbed wire and barricades on the roads near Geelani’s home. According to reports, internet services and voice calling have also been suspended in most areas and a curfew may follow if the situation becomes tense.

Such measures are very usual at moments of tension in Indian-administered Kashmir. Police typically describe them as precautionary, citing the need to stop online rumours fuelling potential violence.

Geelani was a divisive figure in India. According to experts, he always talked about Kashmir’s freedom but personally favoured the region’s merger with Pakistan.

After news of his death surfaced, tributes have poured in Kashmiri leaders in India and also from Pakistani politicians.

Mehbooba Mufti, former chief minister of Jammu and Kashmir, said she was “saddened” by his death