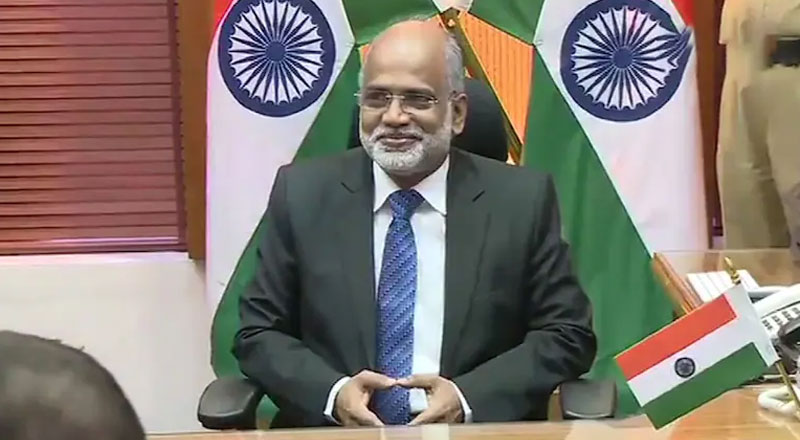 He also visited the Vidya Samiksha Kendra, a command and control centre here which monitors the performance of some 55,000 schools.

The visit by an official delegation from Kerala to the BJP-ruled Gujarat has come under criticism from opposition Congress and Muslim League in Kerala.

The CM dashboard, comprising a large screen displaying real-time data, has been set up at the official residence of Gujarat Chief Minister Bhupendra Patel in Gandhinagar.

The Kerala chief secretary was here to learn about good governance practices of the Gujarat government, officials said.

As per the Gujarat government’s release, Joy and his delegation visited the chief minister’s residence to understand the functioning of the dashboard monitoring system. They spent nearly three hours there.

The Kerala chief secretary praised the “first of its kind” initiative and said the system of acquiring feedback directly from beneficiaries gives a new dimension to good governance, the release said.

“We have come here to understand this CM dashboard initiative as Prime Minister Narendra Modi had once suggested that we should see this system adopted by the Gujarat government for monitoring service delivery,” the release quoted Joy as saying.

Using the dashboard, the chief minister can monitor the implementation of various schemes and basic services such as state transport, street lights and drinking water supply in any part of the state.

The system accesses data from all e-governance applications.

Whenever necessary, the chief minister’s office can intervene by making a call to local officials down to the village level, the release stated.

When the coronavirus pandemic was at its peak in 2021, the CMO could monitor the availability of hospital beds, oxygen and medicines through the dashboard, it added.

Later, the delegation visited Vidya Samiksha Kendra or the Command and Control Centre for Schools in Gandhinagar, said another release.

As Joy was “keen” on setting up a similar centre in Kerala, the Gujarat government agreed to provide the software and technology, it said, adding that the delegation spent nearly one hour in the centre and also talked with teachers through the video wall system.

Prime Minister Narendra Modi had visited the centre on April 18.

The centre collects data sets from 55,000 government schools annually and analyses them.

Back in the southern state, opposition Congress and Muslim League have criticised state officials’ visit to Gujarat.

Kerala Congress chief K Sudhakaran on Wednesday sought to know whether the CPI(M)-led government was planning to ape the model followed in Gujarat.

The visit should be seen as part of expansion of relations between the BJP and CPI(M) at governance level, he had claimed.