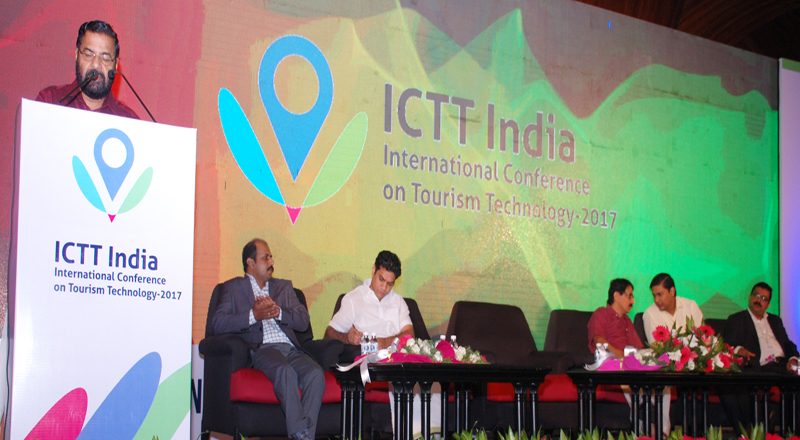 The Tourism Minister of Kerala, Shri Kadakampally Surendran said that the Kerala government is looking for doubling the number of domestic tourists and 50 per cent increase in foreign arrivals by 2021 while inaugurating the second edition of International Conference on Tourism Technology (ICTT).

“Digital platforms are the key to achieve the aim. Year after year, we see a constant growth in the number of tourists we host. Hence the industry needs to evolve in accordance with the changes in global market. Kerala Tourism has been exploring new media as a key platform and has witnessed the reach and response to it,” he noted.

Terming the ICTT as “the gateway to improve our social media presence”, he said it would eventually enhance the tourism sector.

Highlighting the state government’s plans for tourism sector, the minister noted that the new liquor policy, which allows bar licences to restaurants in hotels of three star categories would boost the MICE (Meetings, Incentives, Conferences, Exhibitions) tourism in the state.

“Though, the availability of liquor is not the sole reason for choosing a venue for an event, it is part of urban lifestyle. The earlier policy had adversely affected the MICE tourism sector. Now, the new policy will help it,” he observed.

The ICTT, organised by Association of Tourism Trade Organisation (ATTOI) with support from Kerala Tourism, is the only conference of its kind in the country focusing on the most pertinent aspects of building businesses on technology platforms.