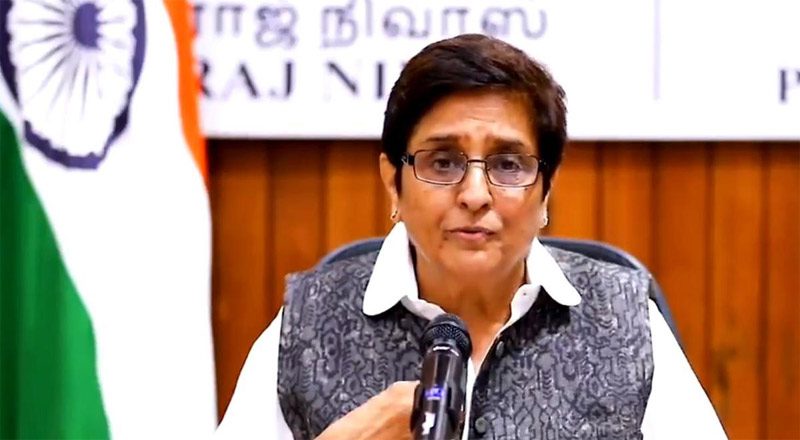 Telangana Governor Tamilsai Soundararajan has been given additional charge of the Union Territory until regular arrangements are made. Kiran Bedi was removed as Lieutenant Governor of Puducherry late on Tuesday evening.

The statement didn’t specify any reason behind Kiran Bedi’s removal in poll-bound Puducherry though. In fact, Kiran had put up a two-minute long video of her supervising reasons for the Union Territory’s low rate of COVID vaccination. Known for her regular confrontation with the elected government, the Congress had written to the President earlier to recall Kiran Bedi from LG post.

The move comes on a day when the Congress government, headed by Chief Minister V Narayanasamy, slipped into minority after the resignation of two MLAs in the last two days. In all, four MLAs have quit since January.