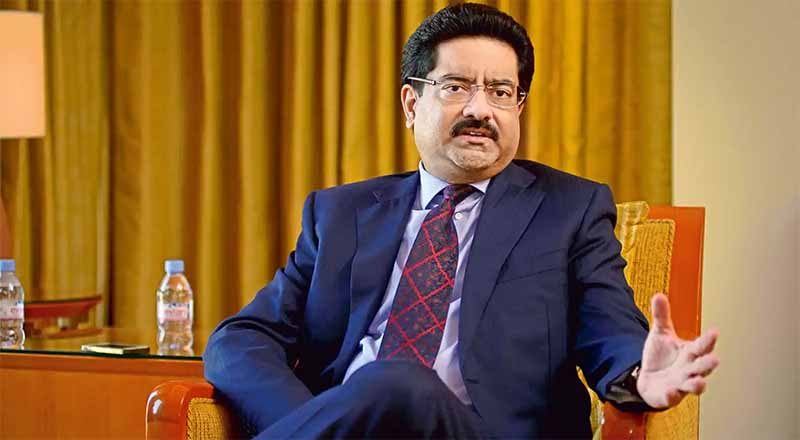 Birla had taken over as non-executive chairman of Vodafone Idea in August 2018 after the closure of a $23-billion merger between Idea Cellular and Vodafone India, the telecom unit of UK’s Vodafone Group.

The crisis deepen at Vodafone Idea after Kumar Mangalam Birla stepped down as the Non-Executive Director and Non-Executive Chairman of the board of the company, sending the share prices down.

Himanshu Kapania, currently non-executive director and the former managing director of the erstwhile Idea Cellular before its merger with Vodafone India, will replace Birla.

The letter from Birla to the government, in which he asked for help and even proposed to forego his stake in case any government or private entity wanted to take over the business, in lieu of helping survive the company.

Analysts say theoretically it is not possible, but there are some scenarios in which investors may be left with nothing in their hand. The answer largely lies in what form the company will survive, if it does.

CEO Nick Read reiterated on July 23 – over a month and a half after Birla’s June 7 letter – that it would not infuse any more equity in its Indian joint venture. The government has so far not responded to Birla’s letter. Officials have privately questioned the Vodafone Group’s silence and the difficulties of accepting such a proposal.

Nick said on his statement that, we as a group try to provide them as much practical support as we can but I want to make it very clear, we are not putting any additional equity into India.

Now, many experts feels that, it appears that Vodafone Idea has been abandoned by both its promoters. The hands of governments are also tied after apex court order. Hence, few options are left now that avoid liquidation. Nationalisation is one, which would entail writing off the entire equity of current shareholders.

Moreover, all the dues to the government and banks can be converted into equity,” said Ajay Bodke, an independent market analyst. He was earlier managing PMS funds of Prabhudas Lilladher.

Sources said, the telecom department is poised to seek a fresh base price from the sector regulator for 5G mid-band airwaves in the 3300-3750 MHz as well as floor prices for other bands that can support the next-gen wireless broadband technology.

Gopal Vittal, CEO, Bharti Airtel has expressed hope that the government will offer quick relief to the telecom sector to ensure that India remains a market of at least three private players.

One telco has recently told DoT (telecom department) it won’t be able to meet its upcoming spectrum dues in April 2022, and we hope the government does something to provide relief to the industry as it’s important from a national perspective that India retains its present three private- and one government-player telecom industry structure,” Vittal said, without directly naming Vodafone Idea (Vi).

The government is, meanwhile, putting together a relief package for the industry. The package is likely to be sent to the finance ministry next week with an announcement likely by the month-end.

It appears that the proposal is for a government entity to become a minority shareholder while Vodafone continues to be the majority partner and run the company.

Bharti Airtel is planning to file a review petition in the Supreme Court in the next couple of weeks against an order that dismissed its plea to permit rectification of “arithmetical errors” in the computation of adjusted gross revenue (AGR) dues.

The Sunil Mittal-led telco is thus likely to join Vodafone Idea, which is also planning to move such a petition as they try to get their AGR dues reduced. Airtel has AGR dues worth Rs 43,980 crore, of which it has paid Rs 18,004 crore.