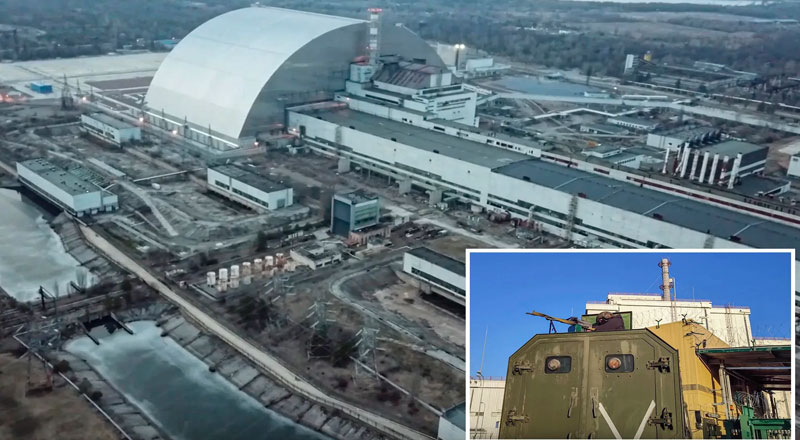 It said diesel generators have been providing backup electricity to the site of the 1986 accident since it lost all off-site power on March 9.

Ukraine said on 13 March that its specialists had fixed one of the power lines and that the NPP would be reconnected to the Ukrainian electricity network the following morning. However, Ukraine’s transmission system operator, Ukrenergo, earlier today said the line had again been damaged “by the occupying forces” before power had been fully restored to the NPP. Later in the day, the regulatory authority told the IAEA that at 13:10 CET external power had again been restored and that staff at the Chornobyl NPP had restarted operations to reconnect the NPP to the grid,”
the IAEA said.

According to the statement, the IAEA requested information from Ukraine after reports about ongoing work to detect and dispose of unexploded munitions on the Zaporizhzhia NPP’s territory.

The IAEA is aware of reports that Russian forces have carried out munition explosions at the site of the Zaporizhzhya NPP, and it is seeking information about the situation from Ukraine. The regulator had previously informed the Agency about ongoing work to detect and dispose of unexploded munitions found at the damaged training centre and elsewhere at the NPP following events on 4 March, when Russian forces took control of the site,” it said.

Russia started a special military operation in Ukraine on February 24 in response to calls from the Donetsk and Luhansk people’s republics for protection against intensifying attacks by Ukrainian troops. The Russian Defense Ministry said the
special operation is targeting Ukrainian military infrastructure only and the civilian population is not in danger. Moscow has repeatedly said it has no plans to occupy Ukraine. Western nations have imposed numerous sanctions on Russia.