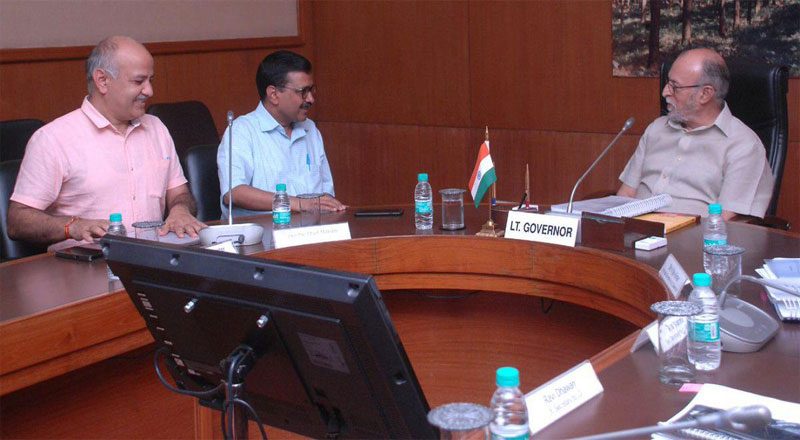 Delhi’s Deputy CM Manish Sisodia on Friday claimed L-G Anil Baijal once again denied the government’s request to set up an expert committee to investigate deaths caused due to lack of medical oxygen during the second COVID-19 wave.

It looks very controversial statement, on why the LG is pursuing the case, to let the country knows the fact on how many people have died with the lacks of Oxygen.

LG’s deny is purely misleading ,it is again the Government of Delhi Vs LG. “While Centre is collecting data on deaths because of oxygen shortage, they are not letting states investigate such deaths,” he said.

Sources revels, this is the second time Mr Baijal has dismissed a proposal of this nature; in June he refused the Delhi government permission to investigate nearly 40 deaths reported from two city hospitals.

A massive row broke out last month after junior Health Minister Bharati Praveen Pawar told the Rajya Sabha “no deaths due to lack of oxygen were reported” during the second COVID-19 wave .

We sent the file to LG sahib…but he has again refused permission for an inquiry into deaths because of a lack of oxygen,” Mr Sisodia said Friday evening, adding that the Lieutenant Governor had said “there is no need to form any committee”.

“The centre is saying states should report how many deaths occurred due to lack of oxygen…but the LG is not allowing an investigation. How will we be able to say how many died…” he said.

It is quiet evident that, centre don’t want to tell the truth, the reason not known . However, the move seems, the centre wants states to give it in writing that there were no deaths due to lack of oxygen. But to say this will be a big lie to those who have lost their loved ones.

Sisodia also accused the centre of “mismanaging (Delhi’s) oxygen crisis” in April-May, when the devastating second wave of the pandemic struck the capital, leaving hospitals scrambling for supplies and forcing relatives to scour the city for even the smallest oxygen cylinder.