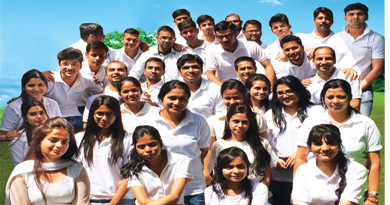 With the increasing population of 1.3 billion people in India having a sex-ratio of 945 females for every 1000 males, women make the half of the world population and half of the world’s potential. The demand for jobs has also increased and the very first thing about a job demands is to have a skill or a talent. As the government have worked and is working for the Youth to evolve a skill to get employability across India. However, women still lack access of the vocational education and skill training.

For the alleviation of poverty, the powerful tool is the effective participation of the women in education and training sector, which is the great step to promote social and economic empowerment. Skilling for employment not only equips women with the competencies they require for specific jobs, but allows them to improve their employability and develop their social skills. They also learn to actively participate in civil society and politics.

A survey by Youth4work reports, the insights on India’s Talent scenarios, an analysis of over 1.75 lakh people out of 89000 women who demonstrated their talents on Youth4work platform. A detailed analysis carried out on six of the skills cross-referenced with people’s gender and education reveals interesting scenarios.

Skill is one of the prime areas of concentration. Various research and reports have underlined the fact that there has been an upswing in the development of the talents. Furthermore, the augmentation of the job opportunities in IT and Management sector has given a new impetus to the ever-widening Indian youth to learn, practice and grow.

Rachit Jain, CEO of Youth4work says, “We consider Talent as an individual’s inclination towards any productive skill that can be employed to generate income for the economy. Youth4work empowers people to self-assess and showcase their talents to the world. People take up self-assessments to show a stronger intent towards a talent and understand their relative standing with respect to other talented people. The insights and suggestions in this report can help to improve the relevant employability scenarios. From nearly 1.7 million youth on the platform, only 47% are Females, and that’s striking!”

Though globally women are becoming more aware about showcasing their skills, the scenario in India is slightly different. This is mostly due to unawareness about avenues or platforms to position oneself as a talented woman. However, integrated platforms like Youth4work.com are focusing on analyzing and bridging this gap and encouraging women to rank themselves against their male counterparts for all the professional skills.