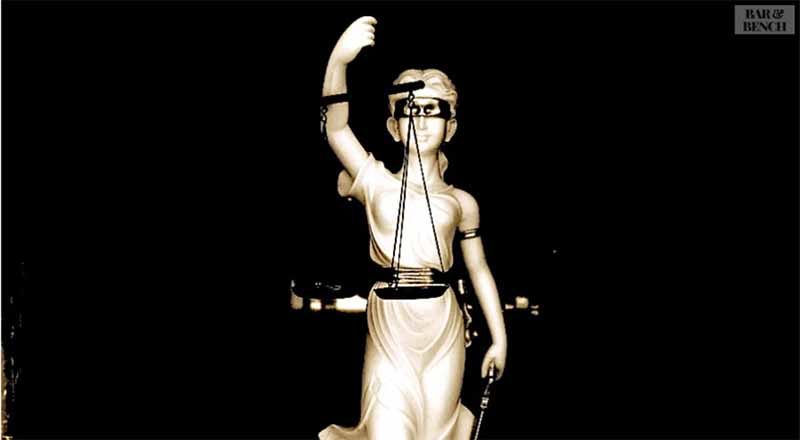 In the United Kingdom back in 1923, McCarthy got involved in a road accident case resulting in his prosecution before a court of Magistrates for dangerous driving. The clerk to the justices was a member of the firm of solicitors acting in a civil claim arising out of the accident. The justices retired from the court for arriving at a verdict and the said clerk followed. The justices then convicted McCarthy. On learning of clerk’s association with the firm, McCarthy appealed for the quashing of his conviction.

Before the appellate court, Justices swore affidavits stating that they had reached their decision to convict McCarthy without consulting the clerk. The appeal was heard at the King’s Bench division by Lord Chief Justice Hewart. In a landmark and far-reaching judgment, Lord Hewart CJ observed:

“It is said, and, no doubt, truly, that when that gentleman retired in the usual way with the justices, taking with him the notes of the evidence in case the justices might desire to consult him, the justices came to a conclusion without consulting him, and that he scrupulously abstained from referring to the case in any way. But while that is so, a long line of cases shows that it is not merely of some importance but is of fundamental importance that justice should not only be done, but should manifestly and undoubtedly be seen to be done.

The question, therefore, is not whether in this case the deputy clerk made any observation or offered any criticism which he might not properly have made or offered; the question is whether he was so related to the case in its civil aspect as to be unfit to act as clerk to the justices in the criminal matter. The answer to that question depends not upon what actually was done but upon what might appear to be done.

Nothing is to be done which creates even a suspicion that there has been an improper interference with the course of justice. Speaking for myself, I accept the statements contained in the justices’ affidavit, but they show very clearly that the deputy clerk was connected with the case in a capacity which made it right that he should scrupulously abstain from referring to the matter in any way…

In those circumstances I am satisfied that this conviction must be quashed, unless it can be shown that the applicant or his solicitor was aware of the point that might be taken, refrained from taking it, and took his chance of an acquittal on the facts, and then, on a conviction being recorded, decided to take the point. On the facts I am satisfied that there has been no waiver of the irregularity, and, that being so, the rule must be made absolute and the conviction quashed.”

Hence the judicial concept “Not only must Justice be done, it must also be seen to be done” evolved. Ever since this concept has gained global popularity and acceptance as a judicial principle.

Over the past couple of days, a Constitution Bench of the Supreme Court of India headed by Justice Arun Mishra had been hearing a plea seeking his recusal from a batch of petitions related to Section 24(2) of the Land Acquisition Act. The concerns were raised by Farmer Associations and others, as the Constitution Bench was formed to settle the issue in the background of two conflicting judgments, one of which was passed by Justice Arun Mishra himself.

Interestingly, Justice Mishra expressed his intention to reject the request for recusal on the ground of bias and principle of conflict of interest.

The genesis of this conflict arises from thousands of petitions that were filed in the year 2014 seeking benefit under Section 24(2) of the new Land Acquisition Act, which came into effect from January 1, 2014. I had also been representing several of these cases on behalf of the land-owners.

One of these cases, famously known as the Pune Municipal Corporation case, was decided by a three-judge Bench of the Supreme Court. The Bench granted the benefit of Section 24(2) of the new Land Acquisition Act in favour of the landowners and the acquisition was quashed. In this case, possession of the land was taken from the owners and compensation was deposited in the government treasury. The Bench had held as follows:

“Section 24(2) also begins with a non-obstante clause. This provision has an overriding effect over Section 24(1). Section 24(2) enacts that in relation to the land acquisition proceedings initiated under 1894 Act, where an award has been made five years or more prior to the commencement of the 2013 Act and either of the two contingencies is satisfied, viz; (i) physical possession of the land has not been taken or (ii) the compensation has not been paid, such acquisition proceedings shall be deemed to have lapsed…

…From the above, it is clear that the award pertaining to the subject land has been made by the Special Land Acquisition Officer more than five years prior to the commencement of the 2013 Act. It is also admitted position that compensation so awarded has neither been paid to the landowners/persons interested nor deposited in the court. The deposit of compensation amount in the government treasury is of no avail and cannot be held to be equivalent to compensation paid to the landowners/persons interested. We have, therefore, no hesitation in holding that the subject land acquisition proceedings shall be deemed to have lapsed under Section 24(2) of the 2013 Act.”

On the question of payment of compensation, the above judgment was overruled by a Bench headed by Justice Arun Mishra. In its judgment in the Indore Development Authority case, this three-judge Bench held that if a landowner refuses compensation, depositing the compensation with the treasury was sufficient and there was no obligation on the State to deposit the same in court.

More importantly, this Bench declared the ratio in Pune Municipal Corporation on the said issue to be ‘per incuriam (a decision arrived without due regard to law or facts).

Later, another three-judge bench of the Supreme Court noted the two conflicting three-judge Bench judgments and referred the case to the Chief Justice of India for setting up a Constitution Bench to decide the issue. Last week, CJI Ranjan Gogoi notified the Constitution Bench for hearing the said case. Justice Arun Mishra, who had authored one of the conflicting decisions, was chosen to head the Bench that will decide the issue.

As always, there are two versions and two conflicting views to every story. From the century-old story of McCarthy, a principle of law was evolved which was the very first principle I learnt when I started my law practise in 1999. I don’t see a reason to unlearn it. Without passing any personal judgment in favour of either of the two sides, I conclude with one caveat,“Not only must Justice be done, it must also be seen to be done”.