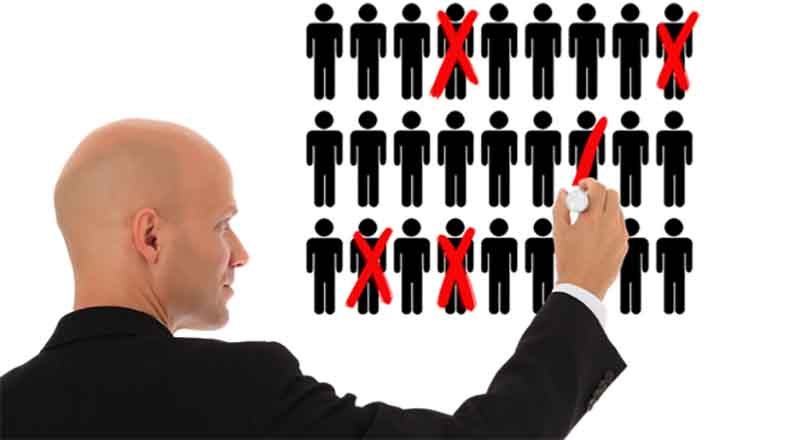 The newspaper industry is facing an unprecedented crisis, exacerbated by no advertising revenue amidst the Covid-19 lockdown and there are news coming from many directions including  TOI’s Sunday Magazine, News Nation, Quint lay off employees amid coronavirus crisis.

The amount of money spent by government on advertising is a small amount as far as government spend is concerned but it is a huge amount for the newspaper industry which is essential for a vibrant democracy, and is struggling to survive.

Recently, Sonia Gandhi, Congress President wrote her fifth letter to the Prime Minister since March 23,2020. Out of Five points she had mentioned ,the point referring on the Indian Newspaper industry.

Gandhi demanded a complete ban on media advertisements — television, print and online — by the government and public sectors undertakings (PSUs) for a period of two years, with the exceptions being advisories for Covid-19 or issues relating to public health.

“Given that the central government currently spends an average of Rs 1,250 crore per year on media advertisements (not including an equal or greater amount spent by PSUs and government companies), this will free up a substantial amount to alleviate the economic and social impacts of Covid-19,” she added.

The Indian Newspaper Society urged Congress president Sonia Gandhi to withdraw her suggestion to the government to impose a two-year ban on media advertisements by the government and public sector undertakings. “Such a proposal tantamounts to financial censorship,” the society said in a statement .

INS sends SOS to government to Save News Paper Industry:

With a deepening financial disaster owing to the coronavirus lockdown consuming into promoting revenues, the Indian Newspaper Society has written to the Union authorities in search of pressing interventions and help to hold the newspaper industry afloat.

INS has repeated its demand for a two-year tax vacation and removing of all import responsibility on newsprint by asserting that the print industry has been hit by a “triple whammy of coronavirus, plummeting advertising and customs duty on newsprint”, which has led to a “hitherto unimaginable situation” the place the home newspaper industry stands on the point of collapse in a really quick time frame.
Following up on the various missives INS has despatched to the federal government, the most recent dispatch to info and broadcasting secretary Ravi Mittal says the newspaper industry is going through an “unprecedented crisis”, exacerbated by no promoting income amidst the Covid-19 lockdown and compounded with heavy enter prices and import responsibility on newsprint. “Newspapers have cut down their pages to unprecedented levels with many merging weekend supplements into main edition. Despite these measures, newspapers are losing money every single day,” the INS letter to the I&B ministry mentioned.

In the case of different important items like meals, milk, and groceries the place customers pay in full and canopy prices, INS mentioned newspapers cowl solely a fraction of their price by subscriptions and the hole is often made up by commercials, which have dipped drastically. “Many small and medium newspapers have already suspended publishing and other newspapers are facing serious challenges and if they collapse, it is bound to affect the domestic newsprint manufacturing industry too. Such a situation will have a ripple effect thus affecting large number of employees, their families as well as allied industries, printing presses, distribution mechanism, newspaper vendors and delivery boys,” the letter mentioned.

With these challenges in thoughts, INS has reiterated its request to the Union authorities to order a removing of 5% customs responsibility on newsprint, grant a two-year tax vacation for newspaper institutions and order a 50% enhance in DAVP commercial charges in addition to a 100% enhance in price range spend for print media. INS has additionally requested the federal government to instantly settle all excellent payments of promoting and direct state governments to observe go well with.

Another important point is to stop advertising in print, electronic and radio. The Association of Radio Operators and the News Broadcasters’ Association have already issued statements criticising the suggestion.

Media organisations Times of India, News Nation and The Quint have laid off employees despite of Prime Minister Narendra Modi asking public and private employers not to lay off their workers or cut their salaries. The entire team of Sunday magazine of Times of India asked to leave, a report says.

As per the report, News Nation Network has laid off its entire English digital team of 15. They were not given termination notice or allowed to serve their notice period, said the sacked staffers.

The company is going through a financial crisis due to the pandemic so we have to do this,” said editor-in-chief, Manoj Gairola to a sacked employee and at the same time ,The Quint is reported to have asked nearly half its staff to go on a leave without pay. Meanwhile, sources reviled that ET Panache and Bombay Times are all set to merge and that ET Panache has asked its 50% staff to go on leave.